What do our team of food experts think about this year’s this food trend? 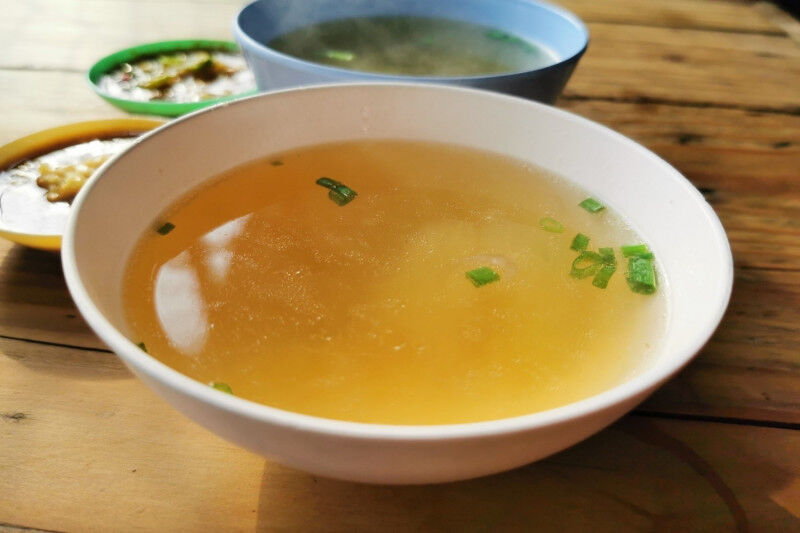 CHRISTMAS IS ALL ABOUT FOOD, PANETTONE AND TRENDS.

Even if these days the food columns of every newspaper are all about Christmas - from a full vegan menu, to a thrifty $5 or less per person menu, and not to mention the Panettone comparison charts, for many Editorial sections of news media, Christmas has already come and gone.  Already totally consumed and digested, food writers are already compiling their lists of gastronomic trends: crossing-checking market trends, hashtags on Instagram, and viral recipes on TikTok to predict every possible scenario, from the rise of West African cuisine to the use of wild herbs in cocktails. Yet every year, something inevitably escapes the algorithm, and the mechanisms behind some trends remain unshakeable.

RISE OF THE SUPERFOODS:  BONE BROTH

Let's take a look at the meteoric rise of the latest superfood.  Alas, the past five years have been marked by obscure tropical berries, I’m sure you have heard of açaí, and algae with repelling colors like spirulina.  Today, wellness influencers, paleo-diet advocates, and followers of Goop, Gwyneth Paltrow’s infamous, esoteric website championing painless divorces and uterine vaporizations, have a new obsession: bone broth.  Huh?  You mean the humble broth, obtained by cooking the bones for a long time?  That’s the one.

For new disciples, bone broth would be the panacea of all that ails you.  And it’s all thanks to collagen obtained from dissolved cartilage in the long-cooking bone broth.  According to these health gurus, this protein has benefits ranging from wrinkle prevention, to speeding up rehabilitation time following physical injuries, as well as being excellent for skin, hair, and nails.

BONE BROTH THAT "MAKES YOU WELL”

Even without being overly seduced by these somewhat bombastic proclamations, keeping in mind that the very concept of superfood has a stronger tie to marketing than actual science,  there’s still a lot to celebrate.  Gone are the days when broth was snubbed and humiliated in every way, when even famous chefs chose to overlook the basics of French cuisine, with its endless sources of inspiration.  We won’t soon see chefs advertising the attributes of the stock cube, promising a hasty umami shortcut while ignoring the cube’s dark sides, filled with glutamate, assorted industrial flavorings, and little else.

In Italian cuisine, bone broth has always enjoyed a privileged status, perched between gastronomy and medicine:  from capon broth, star of the tortellini dish at Christmas lunch, to “brodino,” a nickname indicating a semi-seasoned meal of those convalescing. Even in the more modern, science-based medical tradition, there are few ailments that a well-made brodino cannot remedy.

HOW DO YOU GET A REAL BONE BROTH?

Chicken and poultry bones only need a couple of hours of stewing time to create a flavorful broth both delicious on its own, as well as an excellent base for many recipes.  Use poultry broth in recipes ranging from the classic risotto to a vegetable curry: always conserve your leftover roast chicken from a deli to use in prepping your broth!

In the case of larger bones, like beef, pork and sheep, you’ll need quite a long cooking time - if you go too short, your broth will wind up being tasteless.  In a glance backwards towards earlier kitchen gadgets, slow cookers and pressure cookers both shorten the cooking time without hogging your cooking range for the entire day.   The same rules of eating meat also apply to bone use:  it’s wise to consume smaller amounts of red meat, and make sure that you’re eating top-quality meat.  Like everything else in the animal, including sweetmeats, the bones reflect the animal’s lifestyle and feeding patterns.

In America, small artisanal producers of bone broth are widespread, catering to those who consider it an elixir of life, and drink it at breakfast - let’s call it the new green tea.  Here in Italy, the great return of bone broth is still in its infancy.  Leading the way are the founders of Brodos, who produce slow-cooked bone broth, with a cooking time of up to 25 hours.  They incorporate bones from free-range animals on their farm in Cascina Lissona, Piedmont.  The animals naturally have a diet of only grass and hay, eschewing any industrial feed or antibiotics.

Many people have rediscovered a joy of home-cooking, but would give their right foot to enjoy someone else’s home-cooking, preferably in a locale outside of their own home, without having any clean-up to manage following a meal. Enter the Italian trattoria: a solid, stable refuge for those who love home-cooked, classic Italian dishes but love it even more when someone else makes them. And then enter the Osteria - a refuge for those who love a good home-cooked meal in a lighter, snackier version, and can appreciate the pairing of local wines and cocktails with these delectable gourmet specialty dishes. Let’s take a closer look at the distinction between the two beloved institutions of Italian home-cooking outside the home. 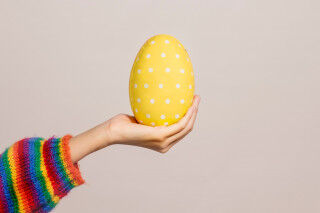