At the height of tomato season, for every perfectly ripe, taut and juicy specimen, there's an overripe, oozing counterpart not far away The Tuscan bread salad called panzanella is the perfect place to use those sad, soft tomatoes that are still rich in flavor Traditional panzanella is made with stale, dried bread that's rehydrated from a dressing of sweet tomato juices, vinegar and plenty of olive oil. 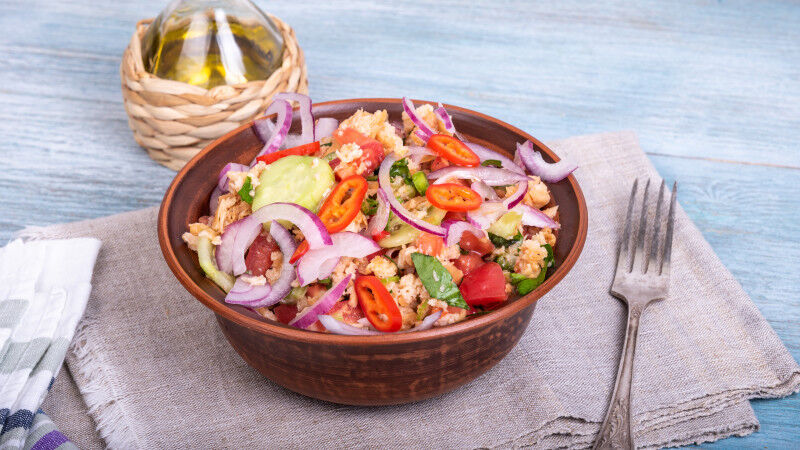 What region of Italy is panzanella from?

Panzanella is the Tuscan name of a rustic dish made with slices of stale bread and raw tomatoes, which has always been made in various forms in almost all regions of Italy: there is a typical version from Nice (a city that was once part of the Savoy state) called pan-bagnat; and there is one from Naples, which is made with the tasty ‘freselle’, combining anchovies and oregano with tomatoes, also called 'caponata dei marinai'.

Slices of bread were placed on the plate, soaked in water and vinegar, then seasoned with onion and evo oil. Today panzanella is usually served as an appetiser, a sort of ante litteram rice salad, which is combined according to the cook's taste. One can add other ingredients such as celery, radishes and so on…

The bread must be large; that is, a bread with a fine crust and a nice puffy inside part. 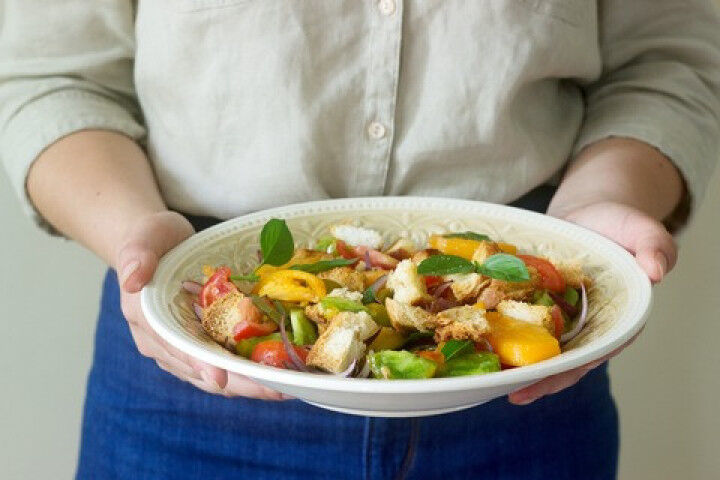 Panzanella probably refers to the union of the bread with the zangola, i.e. the bowl where the dish was seasoned. Basically… ‘bread in the bowl’.

How to store Panzanella?

Storing it in the fridge is no problem at all: there is no need to be in a hurry, as panzanella is definitely best eaten well chilled. 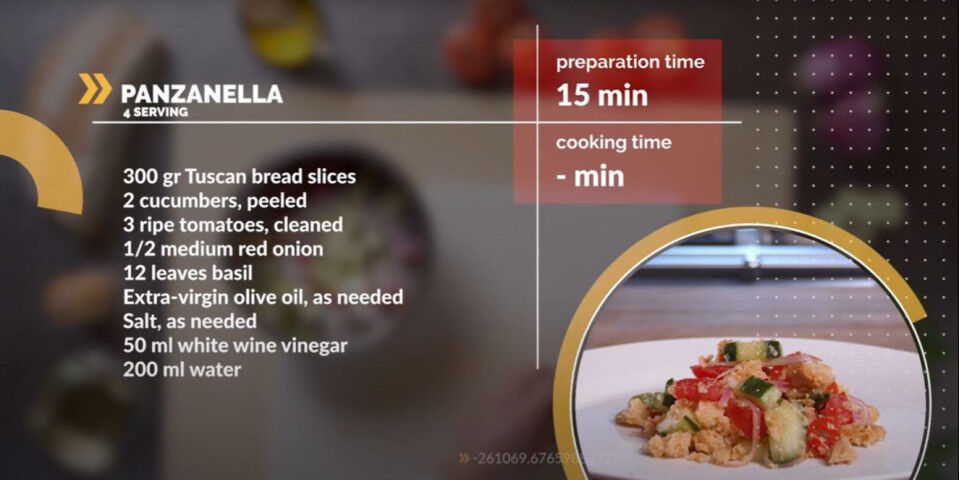 What is panzanella made of? 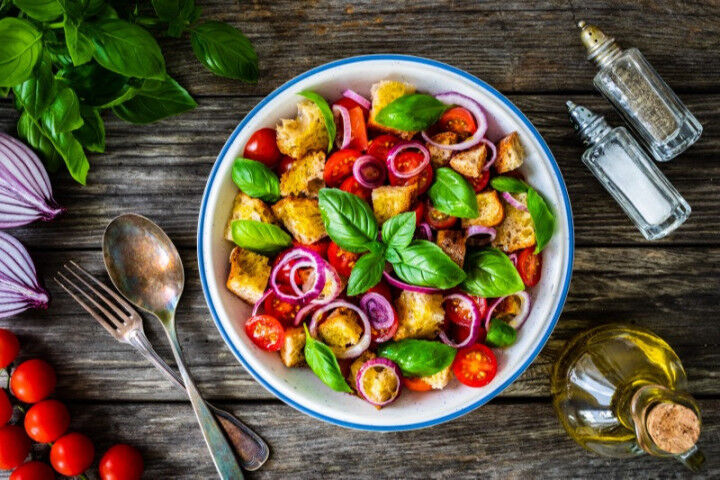 Panzanella: soup, ‘pinzimonio’, salad or what else?

It is difficult to categorize this dish: although the main ingredient is bread, it is not a ‘pinzimonio’, even though it contains plenty of vegetables; it is hard to place it in the ordinary appetiser-firstdish-seconddish-dessert category. Certainly, it is a typical summer dish and also a tasty snack outside of a meal: perfect to stay away from the stove and something to eat under the summer heat.

Because it is a great summer dish, ideal during the heat, very fresh and refreshing, easily transportable and with conveniently available ingredients. Plus it is rich in minerals and there are no fried foods or added fats. 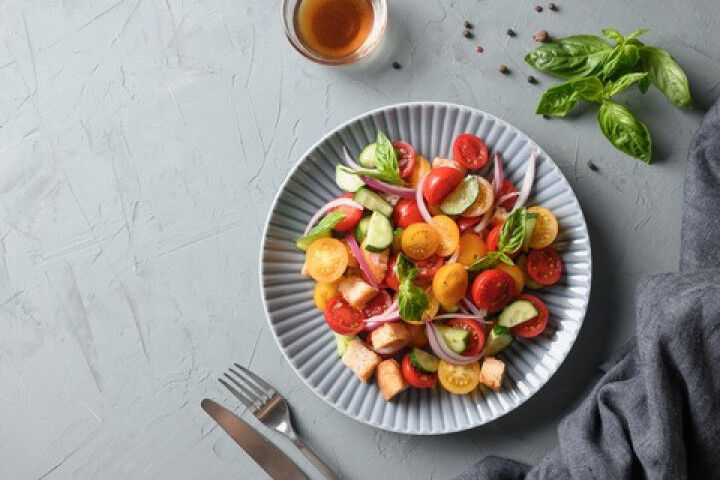 We highly recommend a fresh, savoury and versatile white wine such as Ansonica elbana or a pink wine such as Valtenesi/Bardolino. The citrusy aromaticity, the correct and not excessive acidity and, why not, some soft notes of fruit for both types, can combine excellently with the not easy taste of vinegar, tomato and onion.