Learn what makes Donnafugata an unusual Sicilian winery. Chalk it up to Donnafugata’s involvement in art, culture, music and other realms beyond wine. 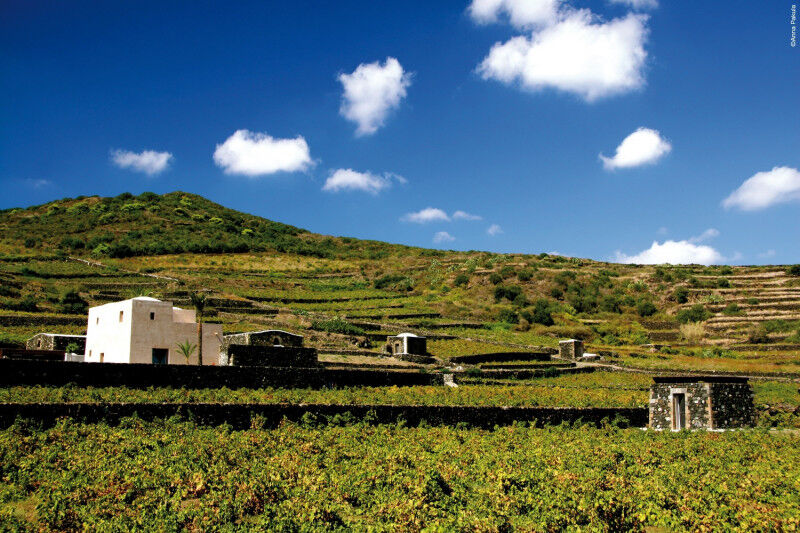 SICILY: CENTER AND SYNTHESIS OF ALL MEDITERRANEAN CIVILIZATIONS

Sicily is indisputably an agricultural island, where it becomes virtually impossible to refrain from the physical demonstrations and sensations of extravagance you encounter whenever you visit the island.  At the heart of Mediterranean culture, and indeed, representing its soul, Sicily has welcomed products from every corner of the world and transforms them, lending them colors, forms, and tastes irreproducible elsewhere. "Sicily bedda", as they say locally.  Sicily is indeed "beddissima" thanks to its many individual identities.

This immense island has gastronomic history bursting from every corner of every area, and boasts wild and cultivated local fruits and produce that have absorbed the wealth of the fertile soils remarkable for their natural sun exposure and richness of local vegetation.  It’s in this very land, thundering with local flavors, that Giacomo Rallo and his wife Gabriella founded Donnafugata in 1983, finding inspiration at every corner in the places and names evoked by Giuseppe Tomasi di Lampedusa, in his world-famous novel The Leopard.

The Rallo couple were wine entrepreneurs with an eye on the future.  Their great desire to revive the world of Sicilian wines and enology was accompanied by their single-minded dream and passions of making this revival a reality.  But they were fortunate to have at least 160 years of wine-making experience to back up their Sicilian ambitions.  At the outset of their adventure, the Rallo family encountered classic clashes with their attempts to give shape and substance to ethereal visions, but for this noble family, these attempts were not just concepts of Aristotelian memory.

At the very outset of their wine-making adventures, it becomes clear that the Rallo’s intuitions and the local desire to make the area’s ampelographic heritage a known example in international wine-making circles.

The Rallo family now includes José and Antonio, who have taken the reigns of the Donnafugata wine estate.  Still today the estate is spread over five separate centers:  Marsala, home of the family’s wineries built around 1851, and the nerve center of the aging and bottling operations; Pantelleria, located in the Khamma district, and with its zibibbo grape, occupying growing terraces within the most suitable areas; Contessa Entellina, expressing the family’s intense devotion to growing vines with top-quality production methods; Randazzo located in Etna’s northern side; Acate, in the Vittoria DOC area.

The Donnafugata dynasty is nominated in historical wine-making annals as being the first family to attempt a revival of the culture of the alberello vines (those defined as Pantesco).  They’re also recognized as being amongst the first to revive and refine in a creative, original manner the practice of night harvesting, a practice that takes advantage of the temperature difference between night and day when harvesting grapes.

"Italy, without Sicily, leaves no image in the soul: here is the key to everything.”  Surely this notion could explain the Donnafugata’s great successes.  As Goethe hypothesizes, the sense of belonging fosters an essential value, and marries imagination, color, and professionalism in a single virtuous circle.

The arduous commitment of the Rallo family to corporate social responsibility, and a steady focus on implementing their environmental policy focused on clean energy, blends perfectly with their active participation in cultural promotional events, especially musical and literary ones.

ALLIANCE WITH WORLD OF FIGURATIVE ART

In its relationship with art, Donnafugata also distinguishes itself from the rest of the crew. Their bottles waste no time with literary references, preferring instead to harken back to the history of Sicily’s symbolic Trinacria and its “invaders.”

The Donnafugata wine labels instead prove that they’re art to be devoured with your eyes, where refined ingenuity accompany specific contemporary graphic thematics, resulting in design that’s both solid and steady, enlivened with extremely dynamic colors.

These bottle labels are much more than just pieces of paper, as they add unique, distinctive value to the Donnafugata bottles.  The Rallo’s ability to enmesh creativity with functionality and efficiency in producing quality bottles has the surprising effect of widening the minds and boundaries of today’s wine lovers, providing an intriguing notion of bridging the relationships of social life and the dialogue of the people.

The Donnafugata language is also effective when working with partners, as they do in fruitful “conversations” and collaborations with FAI (Fondo Ambiente Italiano, Italy’s National Trust) and the Scuola Normale di Pisa.  These partnerships are both aimed at bringing the winery’s devotion for landscape, architecture and archaeology to their visitors and travellers to Sicily at large.

For nearly twenty years, José, also a jazz singer, has been telling the story of wine through music. A soloist, José offers a multi-sensorial experiences from the stage, pairing each Donnafugata label with a carefully selected musical piece.  The rhythmic progression accompanies the sensations of tasting.

Sweet, gentle melodies take center stage, matching the paired wine step for step.  Emotions play out before technical elements, and rest on the ethereal notes of both wine and music.  As we abandon evil thoughts for these moments of pleasures, aromaticity is expressed by both the wines and the music alike.

Have you enjoyed Lele’s artistic description of the meeting of the world of Donnafugata wines with music?  Be sure to check out Gobbi’s other wine explorations on our Mamablip Blog index.  And don't miss another the Mamablip article exploring another Sicilian obsession for lots of contemporary wine lovers, the Florio family. 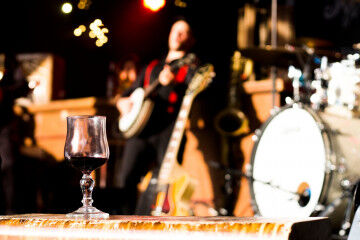 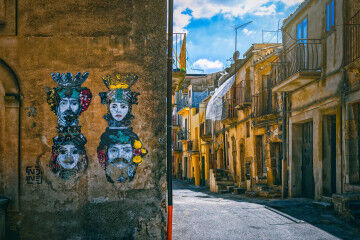