Italian Extra Virgin Olive Oil: a beautiful, fascinating plant ubiquitously dotting the Italian landscape and from which a green gold is obtained 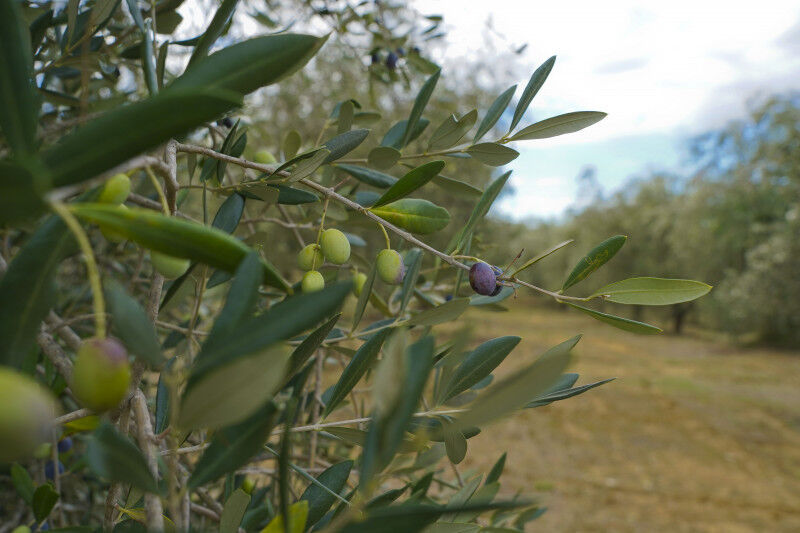 The olive tree and its fruit

The olive tree has historically been a defining element of classic Mediterranean vegetation, making its appearance in nearly every corner of the Italian landscape.  From rolling hills in Tuscany to lakeside groves along the foothills of the Alps, to the regions of Veneto and Friuli - all of these unique regions are linked by the presence of the olive tree.

Today, Italy can count over 600 separate olive cultivars, and legend has it, over 400 different names of the olive trees, to which many dialectal synonyms are included. The Leccio, Frantoio, Pendolino and Moraiolo varieties occupy a dominant position, but there’s likely still much to be discovered in terms of varieties and types. The end result, olive oil, is the natural expression of secular traditions of each and every civilization arising from the Mediterranean basin.  Extra-virgin olive oil, or EVOO, is the genuine oil of good health, and represents a genuine evolutionary experience from olive to oil.

EVOO is one of the fundamental foods of the region, and is rich in natural antioxidants, leading and contributing to a indigenous diet that’s both healthy and balanced.

In Liguria, the olive tree has adapted to the verticality of the mountains, and climbs upwards along rugged undulations and patches of land propped up by miles of dry stone walls.  The most prized local Ligurian variety is the Taggiasca.  From this olive type, an EVOO with low acidity is produced, a substantially golden-yellow oil with slightly greenish undertones.  The oil has a particular, delicate nature with a tenuous aroma featuring strong components of dried fruit and pine nuts. These features tend to help classify this oil as one of the “sweet” oils.

The EVOOS from the Lombardy and Veneto/Garda areas are reminiscent of the oils from Liguria (see above), with the local Casaliva (called Drizzar in the Veneto side of the region) and Gargnà (in Lombardy) particularly standing out The olives’ light, fruity aromatic character is further highlighted by the oil’s light, soft flavors.   The Veneto-based Valpolicella area is home to the Favarol, Trep, and Casaliva varieties.  The nearby Euganean and Berici Hills instead find the Rasara, Marzemino, Riondella and Matosso olives growing right at home.  These olives express a green, savory natural aroma accentuated by the colors and scents of the surrounding landscapes.

Emilia-Romagna, one of Italy’s premier food regions, is home to two separate areas producing extra-virgin olive oil:  Brisighella and Rimini, both in the Romagna section of the region. Brisighella’s olive oil is dominated by a fruity, vegetal taste that calls to mind parsley and other leafy vegetables.  The Nostrana olive is typically found here. The other oil-producing region, near Rimini, instead is home to mainly the Ghiacciola (Leccino) olive.

Tuscan olive oil connoisseurs know the be on the lookout here for oil with a generally deep, green color.  The oil should express a leafy aroma, with intense fruitiness and a falvor oscillating between spicy and bitter. The olives found in Tuscan oil are the Punteruolo in Versilia, the Razzo in the Pisan Hills, the Maremmano in Grossetano, the Saggianese (or Olivastra) in Montalcino and Amiata, and the Caninese in the Tuscan-Lazio Maremma. Tuscan extra-virgin olive oil from the Castagneto Carducci area are fruity, full-flavored and less aggressive than the oils from Grosseto, even though both are coastal areas. With incisive, structured elements, these oils are entirely unique from the oil of the Amiata area, which is lighter and more delicate than its coastal cousin. Whereas the oils from the Lucchesia and Monte Pisani areas are a golden yellow color and fruity-palate, the Chianti and Colli Senesi areas instead produce oils that are intensely aromatic, strongly flavored, and deep green in color.

The extra-virgin oil crafted in the Marches areas are pure deliciousness.  The green, mid-fruity flavor of the Cartoceto oils from the Pesaro area and the hills of Ancona, complement the oils from the northern areas near Jesi and the Esino Valley.  These oils instead feature unusual fragrances redolent of straw and hazelnut. Umbria’s olive growing tradition is an ancient praxtice that has had deep roots on the local landscape.  The Trasimeno area is dominated by the Dolce Agogia varietal, with is characteristic fruity, sweet background.  The Umbrian Valley instead highlights the characteristics of the Moraiolo, and both varietals produce extra-virgin olive oils of undisputed quality and appeal

The Caninese variety instead, goes on to produce an oil with intense aromatic and herbaceous notes.  While the oil is rather soft in nature, don’t be fooled, as the oil is a completely full-flavored product. Still in the Lazio region, the Itrana variety features a strong, floral scent, whereas the Frusinate varietal, which blocks the cloying element of sweetness particularly when the oils are obtained in near exclusivity from the Rosciola cultivar.

The central ares of Pianella, Moscufo, and Loreto Aprutino all house the Dritta and Toccolana varietals, resulting in an extra-virgin olive oil of great finesse and balance. The Chieti area of Abruzzo finds the Gentile olive variety, for oils with a full, pronounced flavor.

The southern region of Campania, in the province of Salerno, we find the Rotondella and Carpellese cultivars.  The Cilento province is home to the Pisciottana and Salella varieties, and the Ortolana, Racioppella, Ortice, and Sprina varietals instead can be found in the Sannio province.

Casertano province is home to the thriving Tonacella, Sessana, Caiazzana, and varietals.  Irpinia can call the Ravece, Olivella, Nostrale, and Ogliarola native types.  The Sorrento Peninsula, just along the Amalfi Coast, features the Minucciola variety.  The best part of so many different types:  each expresses a unique, individual singularity.

Puglia is without exception one of Italy’s most essential olive-growing regions.  Here, the Coratina and Ogliarola varietals are masters at the base of many an extra-virgin olive oil with excellent structure and temperament.

The province of Foggia, in the Alto Tavoliere and Daunia areas, as well as the Gargano and Basso Tavoliere, all feature extra-virgin oils characterized be vegetal aromas.  Here, the oils range from light and flowing, to more medium-bodied options.

The areas near the city of Andria cultivate excellent oils that are often spicy and fruity.  Bitonto also features prominently with a top-rated oil made from the Cima di Mola varietal, particularly in the Brindisi and Taranto areas.

The Bari district produces an extra-virgin oil of great gustatory impact and absolutely fundamental in the preparation (and enjoyment!) of local specialty treats.

The Salento area, while currently undergoing a particularly difficult moment in the production of its green gold, is the solid home of the Ogliarola di Lecce and Cellina di Nardò varietals.

On the opposite side of the island, oils from the Mt. Etna area, including the Nocellara Etnea, are greenish-yellow in color.  The oils are distinguished by a fine fruity, light aroma with bitter, spicy hints throughout.

In the inland of Sicily, the Tonda Iblea and Moresca varietals are cultivated in the Monti Iblei area.  Oils produced here tempt oil lovers with inviting notes of tomato, and seduce with great personality and elegance.

All the olives burst forth in different proportions.  The recent results have been very fine in aromas, laden with local herbaceous nuances. 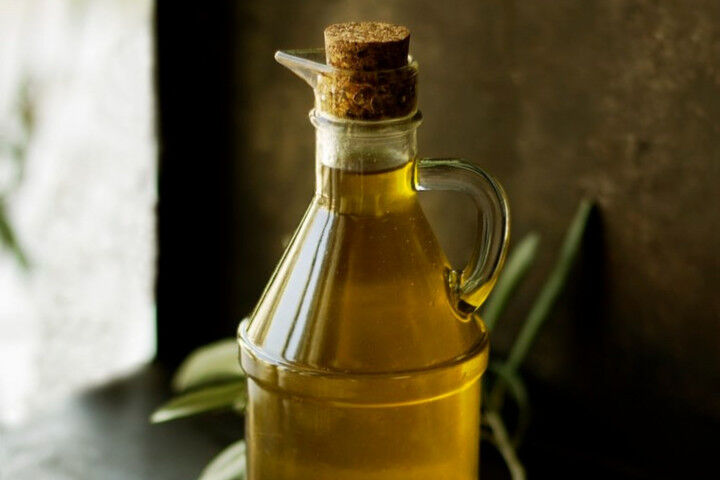 How to taste extra-virgin olive oil

Tasting techniques vary from taster to taster.  Some options include rubbing a transparent cup (glass must be the material) between their hands.  The oil is then smelled, and tasted.  Here the oil will be bubbled in the mouth of the professional taster, whereas novice often taste their oils directly on simple bread.  Olive oil is traditionally tasted in a wide array of differing techniques and methods.

What are the characteristics of tasting extra-virgin olive oil

Extra-virgin olive oil selections should not be cloudy.  They should be clear, as if they’ve recently been filtered.  Naturally-occuring decanting can sometimes make oils appear cloudy as well, but the end result should consistently be clear.

The first element to bear in mind when analyzing the oil’s aromatic profile is a fruitiness level.  This is indicative of the ripeness level of the olives, and the care with which these olives have been handled during the handling process.  Green fruit-like elements can be paired with notes of green apple, fresh almond, green tomato, or floral and/or herbaceous notes.  Ripe fruit notes instead of accompanied by hints of sweet fruits like melon.  Dry fruits also appear, like walnut, almonds and pine nuts, even from time to time, hay.

When tasting oils, gustatory sensations are what we look for.  The impression of bitter (taste) and spicy (tactile) are the most-recorded elements noted during this proces.  While a notion of sweetness is not perceived as a taste as sugar is absent in this product, the sweet element is instead a complex interaction of gustatory, tactile, and chemical stimuli.

EVOO on the table

Extra-virgin olive oil enthusiasts often confirm that olive oils, when used raw in the cooking process, can represent a true elixir of a long, healthy life.  Bringin flavor and fragrance to our favorite foods, these oils impart a strong, healthy note to every dish.

Food scientists have long recognized EVOO as the most balanced composition of fatty acids, and have foudn the extra-virgin olive represents the most suitable ingredient for nutritional and diet purposes.

Countless chefs prefer EVOO to other sources of daily fats, even going so far to use the extra-virgin olive oil is many dishes were seed oil is preferred, like fried foods (in both sweet and salty variants), and mayonnaise. 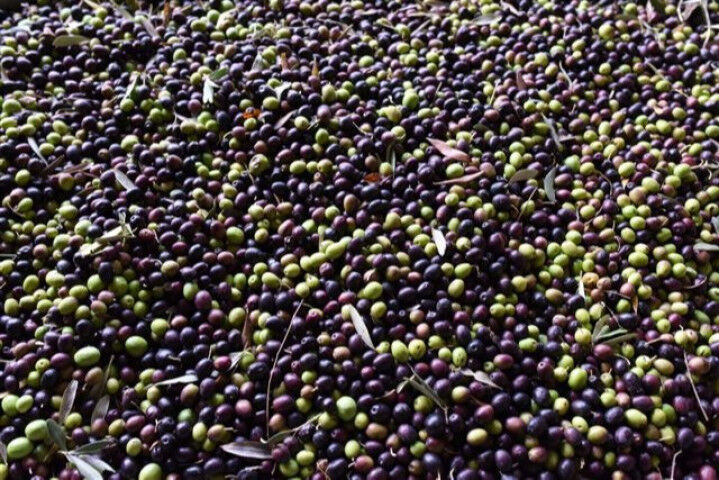