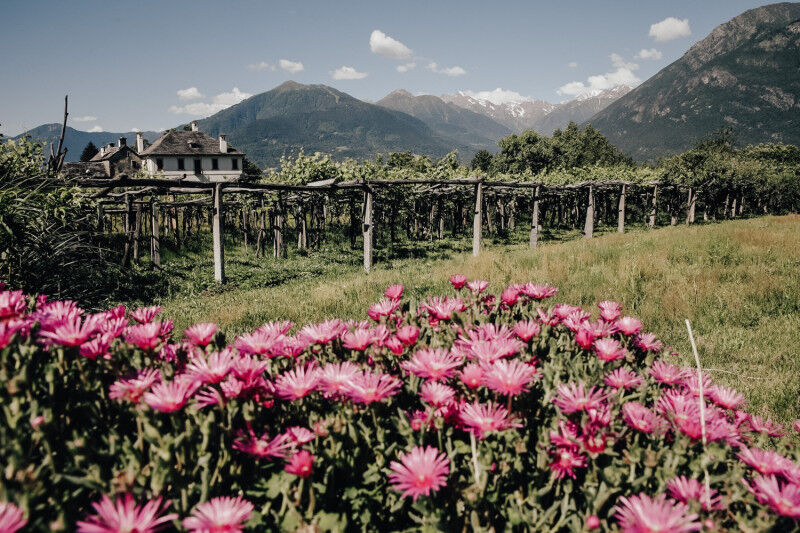 THE PRATFALLS AND DIFFICULTIES OF MOUNTAIN-AREA VITICULTURE

When thinking about the upper Piedmont area, it is easy to make the realistic but misleading conclusion that it is a purely mountainous region. This is partially true, but is a limited view. The very close proximity of the Monte Rosa Massif has, in the past and still today, helped to characterize this area, socially and in terms of farming, as a so-called "heroic viticulture" region.

However, to say that this viticulture landscape, lying in front of the Valais Alps, represents the litmus test of how humans interact with their territory is very true and accurate. This is not a debate of whether it is an exaggeration to define mountain viticulture as "heroic" or even "extreme": the pitfalls and the harshness that await winemakers are objectively more challenging than elsewhere.

And the imposition of necessary and precise manual labor is not enough, because the perseverance and wisdom in knowing how to control erosion on these hostile slopes is what surprises and, perhaps, even thrills.

The Upper Piedmont area has much to share with us.  Learn more today with Stirring Wines of Alto Piemonte Reflect Local Lands.

As a matter of fact, when you go along the Sesia River, the scenery is typically hilly and you might have to go all the way to Val d’Ossola before you get a hint of a mountain scent and can catch a glimpse of the fascinating typical pergola training systems (locally called topia).

In any case, one of the traits of northern Piedmont’s viticulture is its sporadic nature, revealing itself almost reservedly and with hesitation. Here you must really hunt to find vineyards, and they do not reveal themselves in a peremptory or brazen way.

It is more the nature, with its extraordinary vegetation and thick woods, which impress the eyes of the outdoor enthusiast or tourist. The often mentioned industrial development in the years of the economic boom after the Second World War has totally changed the panorama of this region where the vine used to dominate uncontested, running along the roadsides and through the yards of the houses.

Certainly, in the past it was a different kind of viticulture, of sustenance and quantity, more than the hedonistic and valuable current one, which risked extinction.

Already know you love Nebbiolo wines?  Look at another Nebbiolo selection from the Valtellina area, Nebbiolo Alpine Wines - Mountain-based Beauty in a Bottle, and get ready to taste big new wines.

Today the area planted with vines is significantly less than in the past (going from 45,000 hectares at the beginning of the 1900s to now just over 600 hectares). But at the same time, upper Piedmont has managed, not without effort, to carve out a prestigious role and niche for itself in the Italian and international wine scene, in particular among Nebbiolo lovers, locall referred to as Spanna or Prünent in Val d'Ossola.

Geologically speaking, this is a very diverse area, as shown by the colors of the earth and rock. The various moraines, sands, granites and pink porphyries are however united by a great acidity in the soil, giving the wines complex and saline structures.

Potassium, iron, and magnesium are certainly not in short supply and are a predominant feature of Nebbiolo. A prestigious and extravagant vine because it is one of the plants with the longest vegetative and cultivation cycles. It is the first vine to bud and the last to drop its leaves.

This has two fundamental consequences: on the one hand, the exposure to atmospheric adversities during almost the entire year; on the other hand, however, the slow evolution of the grapes guarantees a more complex and mature character to the wine produced.

In short, it is a very demanding grape variety and not only in terms of soil, but also in terms of exposure and climatic conditions, as it requires the best.

If you love mountain-grown wines, don’t miss learning about another region in Northern Italy, the Valle d’Aosta area, that creates some most memorable wine selections.  Check it out here:  Local Top Quality in the Vallée.

Maybe in this wonderful area some Nebbiolo grapes (sometimes blended with other great varieties such as the excellent Vespolina, Uva Rara and Croatina) still have some austere and rusty traits that do not always evolve into intriguing nuances with the slow evolution in the bottle.

However, if I had to opt for three labels scattered here and there among the various appellations, then I would indicate the following as ready to drink right now: Edoardo Patrone 2019 Valli Ossolane Nebbiolo Superiore DOC Stella Prünent, La Palazzina 2016 Bramaterra DOC Balmi Bioti and Gilberto Boniperti 2017 Fara Doc Barton. 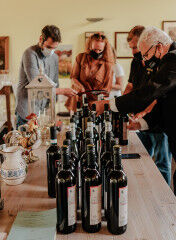 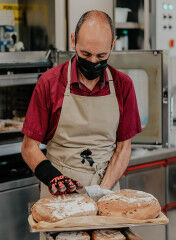 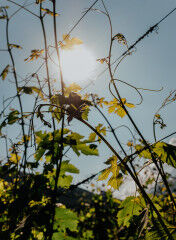