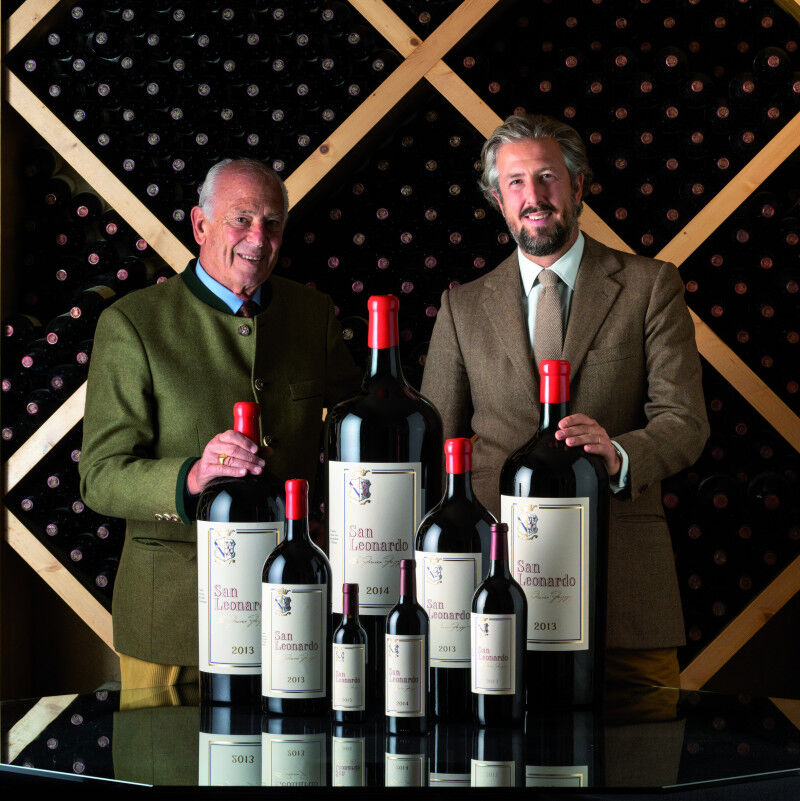 What is San Leonardo known for?

In this splendid Trentino château, the famous Bordeaux blend San Leonardo has become one of the absolute protagonists not only of the regional wine renaissance, but also of the entire Italian wine industry. A Bordeaux monument on Italian soil: this is what San Leonardo has been for more than twenty years; terroir, production philosophy and culture have thus led a happy intuition to the ranks of wines of distinction.

A jewel of an estate: 300 hectares, 30 of which are organically cultivated vineyards while the remainder is marked by dense woods and gardens. In addition, labyrinthine underground cellars on several levels still amaze and fascinate: an oenological legend between the slopes of Monte Baldo and the Lessini Mountains. 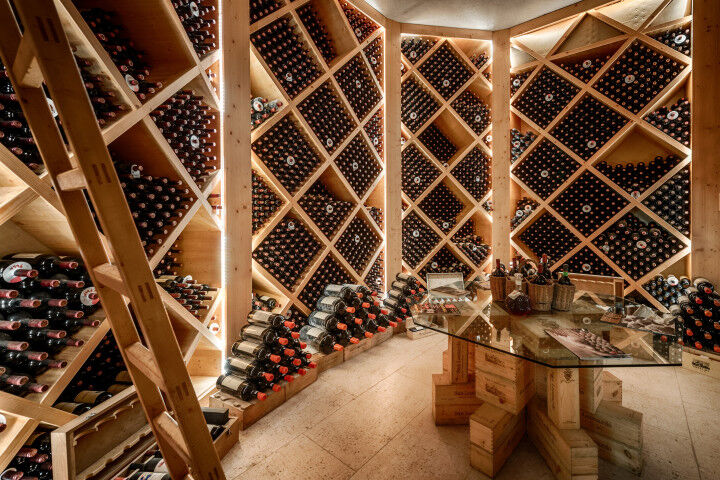 Where is San Leonardo?

Tenuta San Leonardo is a historic estate (1724) in Trentino, an ancient feud that for centuries has protected and enhanced the agricultural vocation of this slip of land in the Campi Sarni area, in Vallegarina. 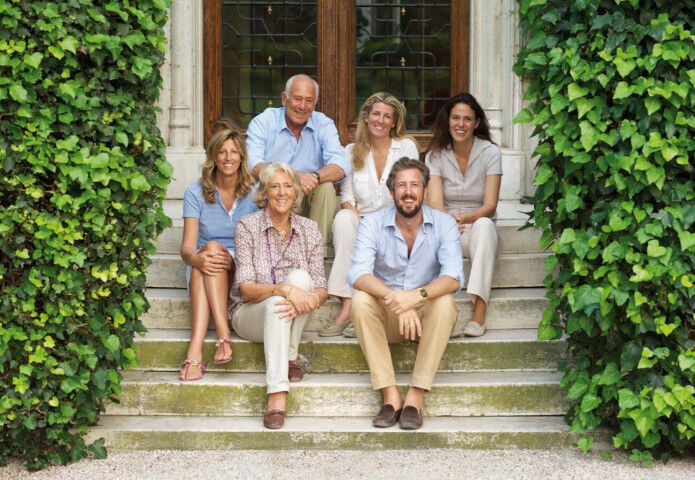 A brief history of the Tenuta San Leonardo

The Guerrieri Gonzaga family settled in Trentino in 1894 when Marquis Tullo, grandfather of Carlo Guerrieri Gonzaga, married Gemma de Gresti, whose family had owned the large San Leonardo estate for almost two centuries. It was their son Anselmo who looked at the estate with a new entrepreneurial spirit and introduced major changes driven by his innate passion for wine making.

However, it was Carlo Guerrieri Gonzaga who was the family's first true oenologist. His training was dictated not only by the prospect of personally managing the family's agricultural patrimony but above all by a lively curiosity for great wines, first and foremost Bordeaux. This led to his decision to study oenology in Lausanne and to deepen his knowledge with study trips to France and Tuscany.

Carlo Guerrieri Gonzaga has dedicated almost all his attention and time to San Leonardo for fifty years now. Since 2001, his son Anselmo, today the company's administrator, has also been committed full-time and, like his father, is in love with this land of Trentino, its horizons, its mountains and its scents. 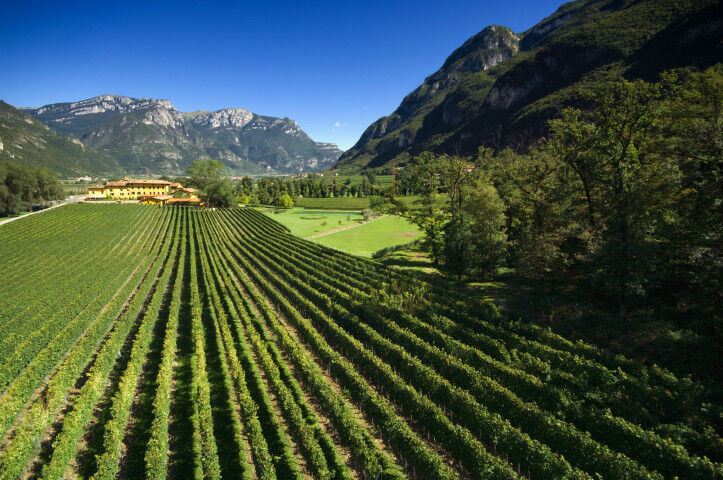 What is the secret ingredient in San Leonardo?

Description of the oenological side: to whom it is entrusted and style of vinification

Only red grape varieties are grown within the ancient walls of the company, and four wines are produced from their grapes: San Leonardo, Carmenère, Villa Gresti and Terre di San Leonardo. The white wines Riesling and Vette di San Leonardo, on the other hand, are produced from fifteen hectares of vineyards located in the north of Trentino, in the Val di Cembra and Colline Avisane, where the soil and climate ensure freshness and flavour to the white grapes.

The fermentation of the wines takes place in the ancient dedicated cellar, for the reds it takes place spontaneously in the concrete tanks, without the aid of technology or selected yeasts. During the vinification process, which lasts on average 12 to 18 days, numerous pump-overs and sporadic ’rack and return’ or délestage are carried out. Once fermentation is complete, racking takes place, and the marc is gently pressed under the careful supervision of the estate's expert vintners.

From 1985 to 1999, Marquis Carlo Guerrieri Gonzaga relied on the advice of Giacomo Tachis, and since 2000, Marquis Carlo and Anselmo Guerrieri Gonzaga have put their trust in Carlo Ferrini. Since the 1970s, the role of director of the estate has appropriately fallen to Luigino Tinelli, right-hand man of the Marquises and careful 'interpreter' of what the company consultants require to be implemented. 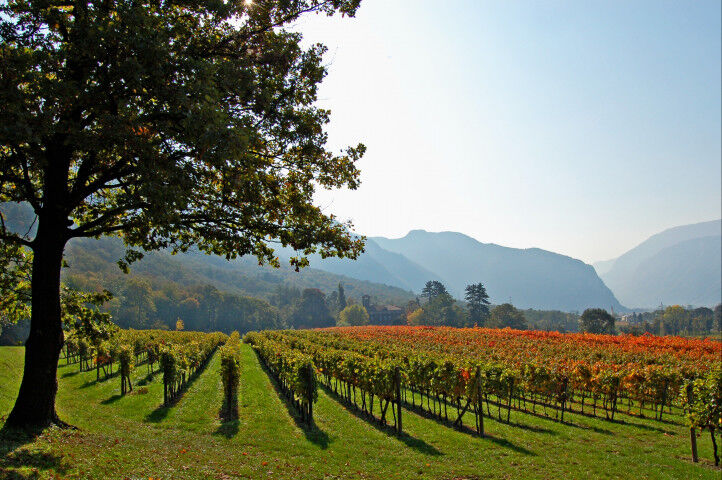 We are in southern Trentino, just a stone's throw from the Veneto border, in a small hamlet synonymous with one of the excellences that have made wine history in Italy.

High above, the imposing silhouette of the Lessini Mountains towers, protecting the property from the cold northern winds, a total of 300 hectares that daily receive the breeze of the Ora that blows in from Lake Garda, bringing its temperate, beneficial effects.

The vineyards, 30 hectares in all, are situated at lower altitudes, around 150 metres above sea level, on pebble-rich soils that were the bed of a branch of the Adige River, where the Merlot vines were planted. However, it is between 150 and 250 metres above sea level with predominantly sandy soils and a neutral pH that accommodate Cabernet Sauvignon and the ancient Carmenère vines. These are all low-fertility, well-drained soils from which grapes are grown which, once they become wine, guarantee a truly unusual quantity of anthocyanins, and not only for the Trentino area.

In 2015, the company started the conversion path to organic farming, which was successfully concluded at the end of 2018 with the attainment of the certification. Also in 2018, San Leonardo was certified 'friend of biodiversity' by the BWA Friends of Biodiversity association. 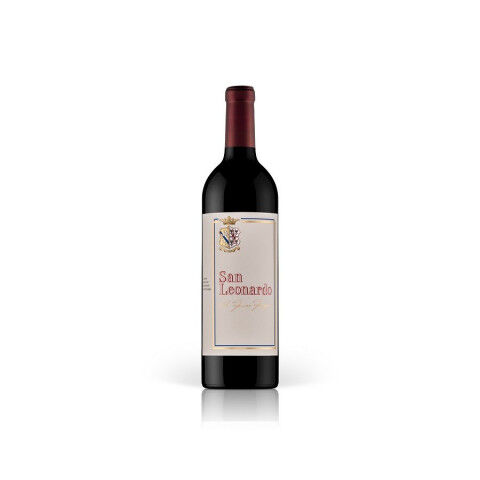 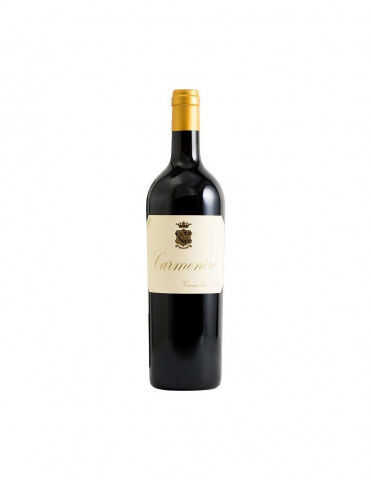 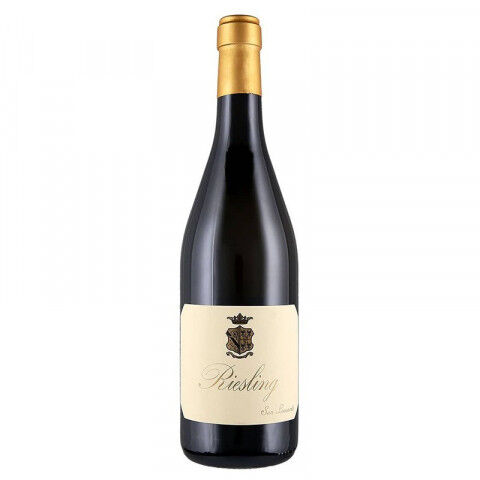 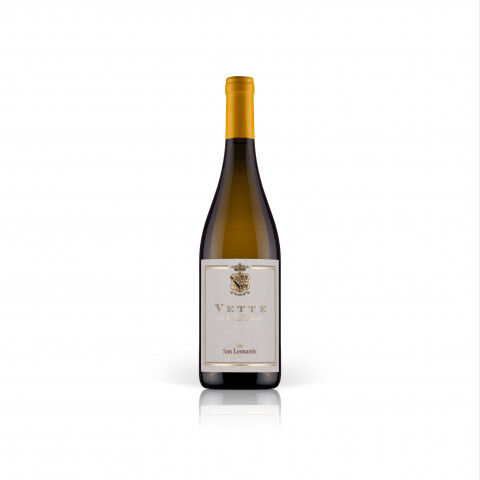 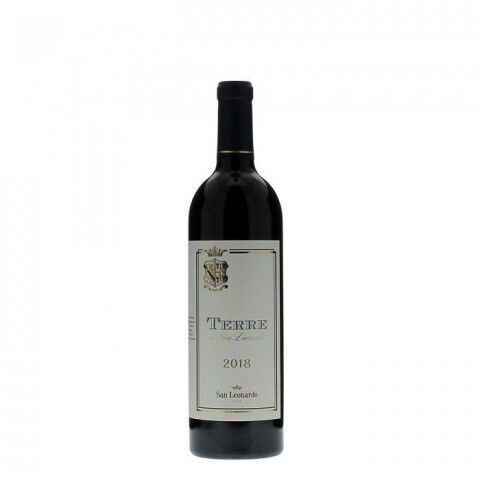 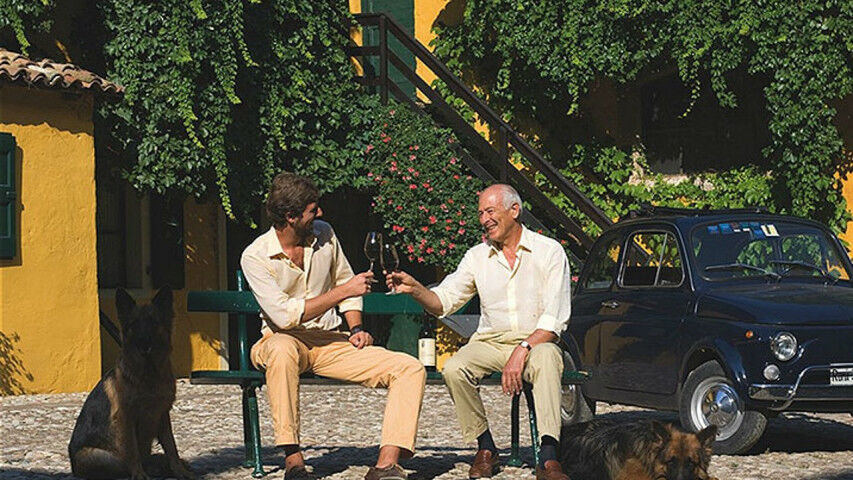 Why drink Wines of San Leonardo?

More than a thousand years ago it was a monastery, for more than three centuries it has been the residence of the Marquis Guerrieri Gonzaga, who are its passionate custodians.

Today, the San Leonardo Estate is a garden of vines and roses protected by the imposing mountains of Trentino: a style that reflects and tastes of Trentino but above all looks out to the world.