What Amarone wines are crafted from Monte Olmi plots. The Tedeschi family wine estate is rich in history and family traditions bringing the winery into a modern era. 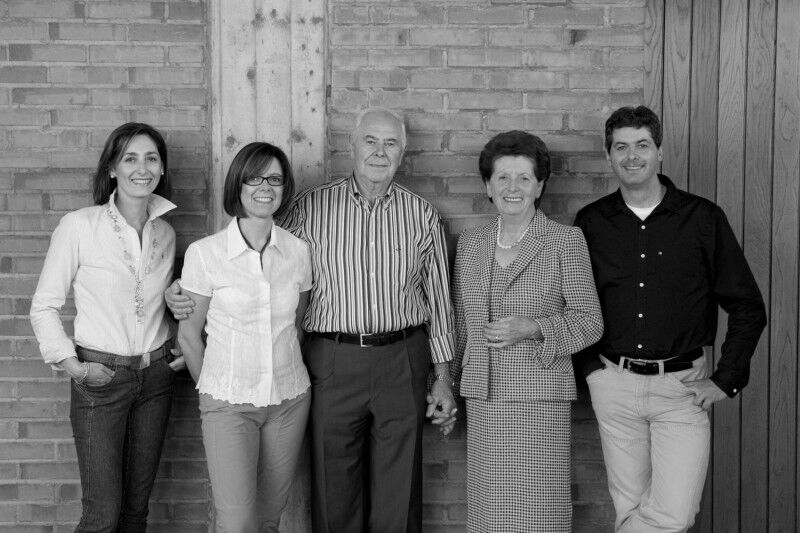 Listen to "Tedeschi: wine making family values in Every Bottle" on Spreaker.

There are not many wine labels that can celebrate more than half a century of life.  Fortunately, many historic Italian wineries exist, and this goal is not an unreachable as you’d think.  Among these historic wine estates, we have the Tedeschi wine family, from the Northern Italian region of Veneto.  Remarkably, the Tedeschi Amarone della Valpolicella Capitel Monte Olmi is now going on 60 years and is closer to that than its previous 50 years of existence.

The year was 1964 when Lorenzo Tedeschi correctly envisioned the need for the winery to concentrate on specific vineyard plots in order to create their subsequently prestigious wines.  Which vineyards would he select?  Tedeschi had his sights set on the Monte Olmi vineyards, helping create the Tedeschi elite Amarone wine that would ultimately become the flagship wine of the Tedeschi family’s wine vintages.

This vineyard is truly a historical plot originally purchased in 1918.  The vineyard is located in the Veneto hamlet of Pedemonte in San Pietro in Cariano, and is 2.5 hectares in size (12.5 acres), with southwest exposure and features a clay and limestone soil blend.  The vineyard features another special attribute:  a terraced structure allowing for the run-off of excess water in the event of an abundant rainfall.

The vineyard is structured in the classic pergola style, with notable low plant density, 3500 vines per hectare ranging in an age range of 25-45 years old.  The vineyard is a true tribute to traditional Venetian ampelography:  Corvina, Corvinone, Rondinella, Oseleta, Dindarella are all presently grown here.

The grapes in Monte Olmi are rigorously harvested by hand, and then dried for 120 days.

Following the pressing and fermentation process, the grape must is aged from 36-48 months in large wooden barrels.  Following this first aging, the resulting wines are aged for another 6 months in bottles before being released for public consumption.

We’ve begun our peek at Tedeschi through their wines, but in actuality, the Tedeschi wine family has a history going back a complete 400 years.  Beginning from 1630, the Tedeschi family records indicate a deep connection to the Valpolicella area and its wines.

Today’s generations, represented by Antonietta, Sabrina, and Riccardo, still manage the family’s wine estate, passed on to them by their father Lorenzo, and much of the management and maintenance of the winery is handled directly in the family’s headquarters.

With the Tedeschi family capably leading the way, the foresights of previous generations has translated into a successful modern investment program, like the drying center in Pedemonte who kicked off its functionality at least 20 years ago.

Other innovations include an expansion of the wine making area in order to incorporate different grapes growing in different plots.  The Tedeschi barrel inventory also has experienced renewed interest, leading to its total renewal with Slavonian oak barrels ranging from 1000 - 5000 liter capacity.

Throughout the winery’s existence, a process of grassing was followed in order to build up the natural defences of the vineyards.  This plan included a water stress control program, a soil enrichment plan to be carried out by planting particular natural essences and aromatics, as well as the use of organic fertilizers.

Upon visiting the vineyards, we see the special grape vineyard-shaped leaf sensor, strategically placed directly in the vineyards in order to measure humidity levels, and individual leaf wetness.  This monitoring will eventually led to the prevention of pathogens preying on the vineyards during moments of excessive water presence.

The Tedeschi farming approach was also modified during the course of history.  In order to improve the plant’s health and foliage, the winery has undertaken modified agricultural practices in their fight again insects like moths, as well as against the diseases like downy mildew and oidium.

THE AROMA OF WINES AND MONTE OLMI

The Tedeschi family began their assessment of their lands and the need to modernize based on the principle that soils can influence the aromas of wines.  This lead to the family’s study of the vineyard’s aromatic characterizations according to their native soils.

Their soil studies led to some surprising results that have since been put to good use in their vineyards.  Research demonstrates that limestone lends intensity and aromatic complexity to wines.  Iron oxides and manganese tilt towards spicy notes and hints of red fruits like black and red cherries.

The soils’ sandy nature can also serve to accentuate notes of berries, black currant and raspberry.

The presence of clay, iron, and manganese minerality in the Tedeschi soil works to enhance wines with great structure and longevity, featuring good extraction and tannic content, with wines that are rich in classic hues.  The soil’s naturally-appearing skeletons manage to retain water, and then slowly releases it together with the land’s mineral salts.

Pedological textures are easy to confuse, explaining why some soils are the basis of wine’s uncompromising complexity.

Such is the case with Amarone Monte Olmi, a vintage that has consistently focused on harmony and elegance.  This wine selection unfailingly features intense notes of fruits like cherry, black currant and raspberry.  Also not to overlook as part of the make-up of Amarone Monte Olmi are its tertiary notes of liquorice, tobacco and coffee.

We can safely confirm that Monte Olmi features a robustness that is both powerful and fleshy, but which doesn’t betray any notes of acidity in your glass.  This absence makes us think the wine has great aging potential.

TEDESCHI, A PART OF SOMETHING BIGGER

A great history should never be a burden, but instead, an irrefutable opportunity.  This is the concept behind Le Famiglie Storiche, the wine-makers association founded in June 2009 by the union of ten Valpolicella wineries, all part of the "Amarone world":  Allegrini, Begali, Brigaldara, Guerrieri Rizzardi, Masi, Musella, Speri, Tedeschi, Tenuta Sant'Antonio, Tommasi, Torre, D'Orti, Venturini and Zenato.

Amarone is at the center of the wine-makers’ commitment, both as artisanal protection and promotion, as well as its valorization. The "enemy" of this special wine label is the market-friendly Amarone version that has populated the shelves of grocery stories (mass distribution).  Even worse are the Amarone wines that have joined the “Italian-sounding” movement making its mark on the international food and wine scene.

One of the Association’s goals is to ensure that the Amarone wine maintains its special qualities, and that while Amarone isn’t a niche wine, it’s still a wine selection continuing to find wine appreciators across the world.

Within this concept of uniqueness, we find an adherence to the notion of recognisability.  Here, all the Amarone wine-making members, along with their family histories and stories, are a concrete testimony to the wine’s need to be produced in this corner of Veneto only.   Amarone can benefit only here, from the area’s Lake Garda breezes and the protection the Lessini Mountains provide from cold, windy current.

The native grapes cultivated and harvested here, generally of Veronese origin, are all grown following specific local farming systems, in many cases, following the pergola style.

Today, the Association sells a total of 2.2 million bottles of Amarone wine.  This represents approximately 16% of the total Amarone production.  The Association sales account for a total of €70 million, and are accredited with 20% of total Amarone DOCG sales.  Incredibly enough, Amarone wines don’t linger in Italy only, with an estimated 80% of Amarone production destined for the export markets.


For further information on the Tedeschi wine estate, don’t miss Andrea Grignaffini’s Tedeschi and the history of Valpolicella.   Filippo Bartolotta, fine Italian wine expert, takes a closer look at the Monte Olmi wine selection to see what makes it a wine worth tasting today.  Be sure to check out the Tedeschi winery profile page to learn more about the historic Valpolicella winery. 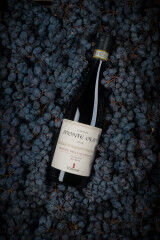 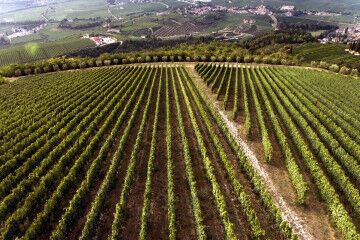