How to Choose: Barolo vs Barbaresco

Learn the primary differences in taste between Barolo vs Barbaresco wine. We also included a few best value Barolo and Barbaresco, in case you get thirsty 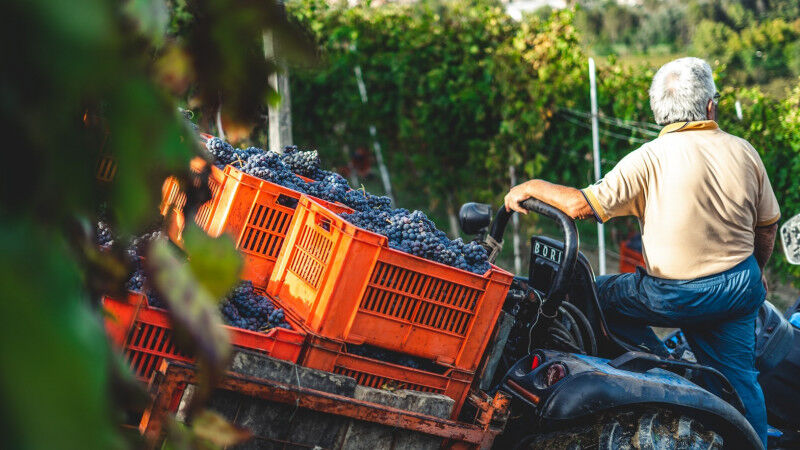 Barolo vs. Barbaresco: What are the differences?

Just a mention of the iconic dry red wines Barolo and Barbaresco from Piedmont can make a fan of Italian vino sigh with pleasure. Both are made from Nebbiolo, also known as “the king of grapes”, and are some of Italy’s most legendary wines.

Barolo especially has a status with wine consumers and haunts winemakers in a fashion that resembles that of Pinot Noir. Both of these wines have DOCG status, the top tier of wine classification in Italy, indicating finesse across winemaking processes.

Barolo and Barbaresco differ in their locations (after which they’re named) and production methods. On the surface, some of these differences appear to be minimal, but they change the profile of each wine markedly.

Barolo is widely regarded as the superior expression of Nebbiolo but Barbaresco, elegant in its own right, is not far behind in stature.

To find out which is the ideal style of Nebbiolo for you, carry on reading. 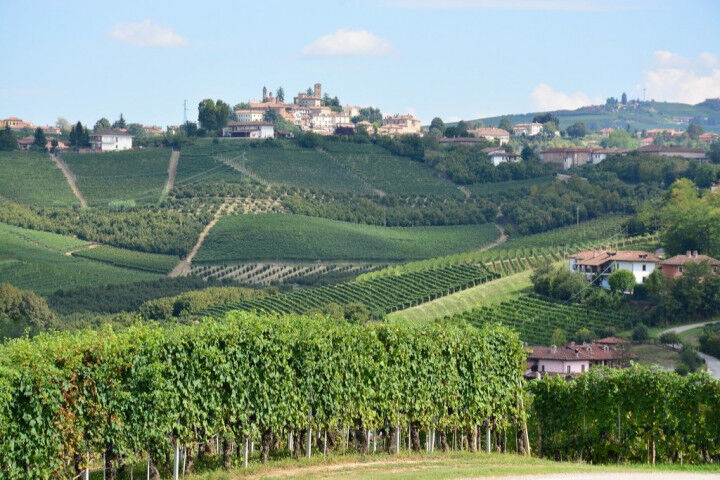 Barolo comes from its namesake area in Piedmont. This winemaking area is horseshoe-shaped and spans several villages that cultivate Nebbiolo. Often, a bottle of Barolo is made from fruit that comes from several villages. If the grapes come from a sole village, its name can appear on the label.

An example is Barolo Serralunga d’Alba DOCG. The finest Barolo hails from named vineyards (crus) which can also appear on a label. An example of a cru is Barolo Cannubi DOCG.

Barolo’s vineyards are located at heights of 300 to 500 meters and south-facing. These conditions result in slow, steady grape ripening with fine flavors and good acidity. In the winery, Nebbiolo fruit for Barolo undergoes gentle extraction processes to safeguard against tannic astringency and must be aged for three years before release to consumers.

The wine spends 18 months in large or small barrels and may include new oak. This depends on the style of Barolo the winemaker is aiming for. The longer-aged Barolo Riserva can only be released after five years.

Barolo always benefits from bottle aging during which it develops the complexity that has made it one of Italy’s finest wines. 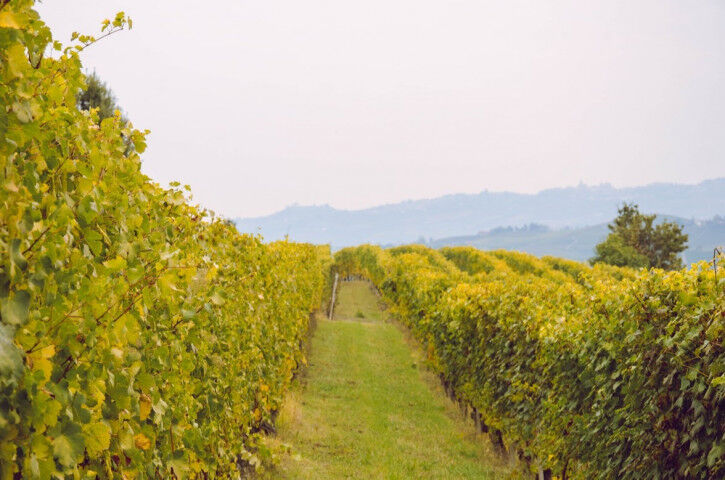 Barbaresco is located about 20 kilometers northeast of Barolo. In spite of its slightly more northerly situation, Nebbiolo fruit ripens earlier than grapes in its neighbor. This is because Barbaresco vineyards are found at lower south-facing altitudes of 200 to 400 meters and enjoy a warming river influence.

Barbaresco displays similar fruit and floral notes to Barolo but the nutrient-rich soils of the area lead to wine that isn’t as tannic. Like Barolo, wines are treated to careful maceration to avoid astringency. This can include cold maceration prior to fermentation in order to extract color and flavors without tannins.

Barbaresco DOCG ages for two years prior to release, nine months of which must be in oak. There is a Riserva style of Barbaresco which ages for four years.

The area is smaller than Barolo so village names don’t appear on labels as frequently. Like Barolo, top-quality wines come from named crus. 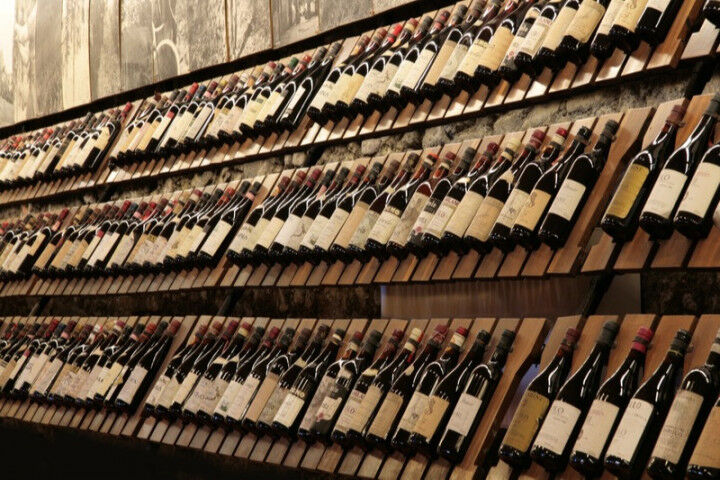 Barolo vs Barbaresco: Why are the two wines similar?

Nebbiolo, the grape of Barolo and Barbaresco is an ancient variety first recorded in the 13th century. Its links to its two most famous regions reveal interesting tales.

While Nebbiolo has been cultivated in Piedmont for centuries, the style of Barolo we recognize today first appeared in the middle of the 1800s.

A century earlier, Barolo was very different stylistically from the modern offering. It was very sweet and richly fruity like a ruby Port. This had the effect of balancing the tannins of Nebbiolo. Some reports, including those of the American diplomat Thomas Jefferson who was in Europe at that time, referred to a fine and pleasing pétillance in the wine!

As the region and grape’s fame grew, so did the finesse. In the 19th century, a series of French winemakers and methods gradually turned Barolo from a sweet wine into the dry, elegant style so enjoyed in modern times.

A few kilometers away, Barbaresco’s story differs from Barolo’s but has the same fine results. As with Barolo, Nebbiolo was grown and vinified in a somewhat basic but enjoyable style for centuries. However, the modern style didn’t appear until 1894, decades after its neighbor made waves.

In this year, Cantina Sociale del Barbaresco was founded in 1894 by Domizio Cavazza. Under his watch, dry, elegant, and refined Nebbiolo was produced inspired by red Bordeaux styles. Thirty years later, the first Barbaresco in this style was crafted in the local castle. A group of winemakers gradually developed the profile of Barbaresco and the wine experienced notable success in the late 1950s. This fruitful era laid the foundations for Barbaresco’s contemporary allure.

Barolo vs Barbaresco: Why are the two wines similar?

Both Barolo and Barbaresco come from the Nebbiolo grape, a highly-esteemed native cultivar in Piedmont and much-admired beyond Italian shores.

This premium grape is an early budder and late ripener, needing lengthy sunlight exposure to be fully ready for harvest. Its thick skins hold its signature tannins, but it produces surprisingly light ruby wines. It appears in about 30 appellations across Piedmont but its most notable expressions are found in Barolo and Barbaresco. These wines display sour red cherry, cranberry, and red floral notes like rose and violet. Nebbiolo has great aging potential during which it develops tea, tobacco, truffle, licorice, and tar notes.

Its name is said to derive from the Italian word for “fog”, a condition that is a feature of Piedmont viticultural life, especially around harvest time. Alternative views suggest that the name refers to the cloudy surface of the grape skins or the local word for “noble” – a fitting adjective for this king of grapes. It’s also known as Spanna in northern Piedmont, Chiavennasca in Lombardy, and, in Valle d’Aosta, its name is Picotener.

Nebbiolo has the similar towering status enjoyed by Pinot Noir. It’s revered and admired by winemakers and wine lovers alike. Like its French counterpart, Nebbiolo doesn’t travel well which accounts for the fact that the majority of plantings are located in Piedmont. This hasn’t stopped adventurous winemakers in Australia and America from trying to cultivate it though! This bold ambition is hardly surprising when this grape produces haunting, exceptional wines like Barolo and Barbaresco.

How does Barolo compare with Barbaresco in terms of flavor notes?

Barolo and Barbaresco share many aroma and flavor similarities. Each is aromatic and has a fine tart cherry and rose profile and truffles and tar when mature. Both have fresh acidity, a full-body, and are complex dry red wines.

Where they differ is Barolo is more tannic and usually has slightly higher alcohol levels than Barbaresco. That being said, Barbaresco is still known for its tannins so this must be taken into account when it comes to food pairing. 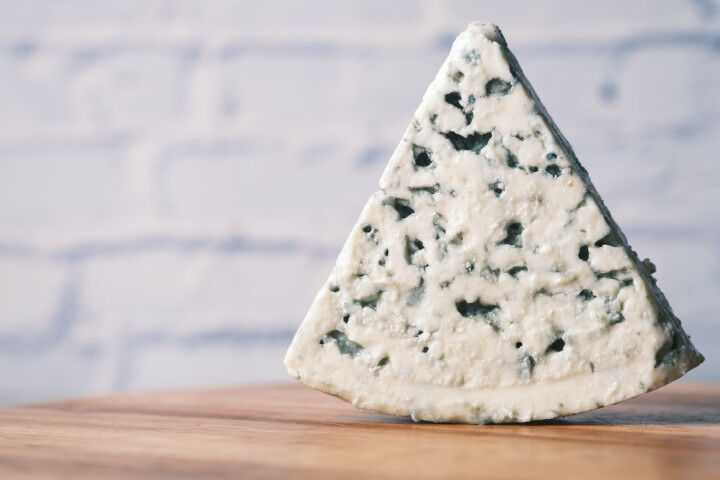 Barolo is a robust red high in tannins, acidity, alcohol, and flavors. These features mean it pairs best with equally powerful dishes that match it in structure. Barolo goes well with acidic tomato recipes and fatty dishes. Protein-rich cuisine like meats and cheeses also are natural partners to Barolo.

While displaying the same powerful flavors and structure as Barolo, Barbaresco is a little more mellow than its neighbor with lighter tannins and lower alcohol. It pairs well with fatty, buttery dishes and a range of middle-weight yet flavorful recipes that complement its rich, refined body. 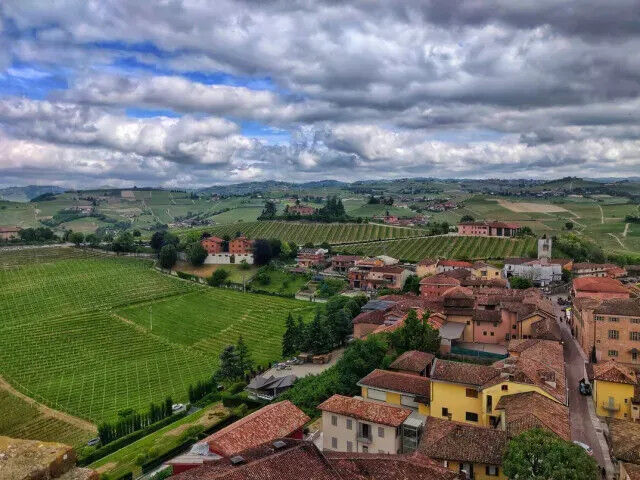