See why the Ben Ryé Sweet Passito wine is beloved by Donnafugata wine lovers. A perfect dessert and sweet wine even for those who don’t love sweet wines.
Add to favourites 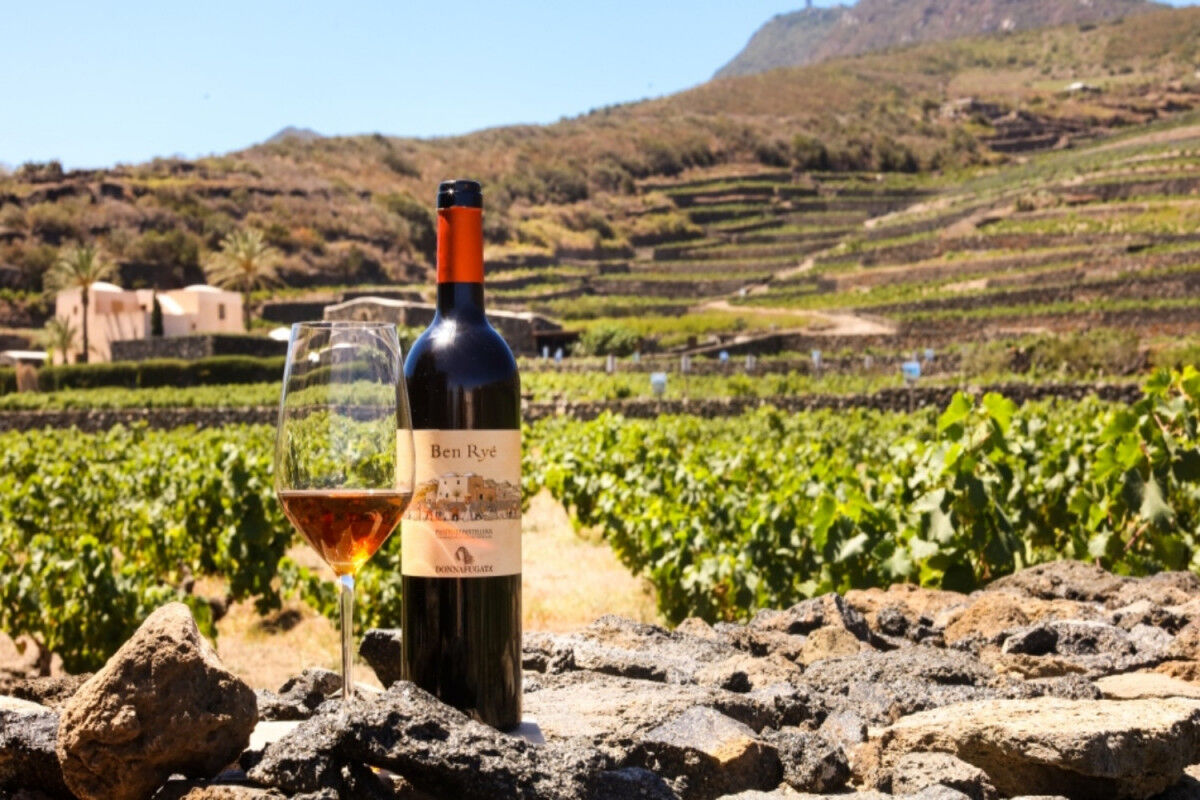 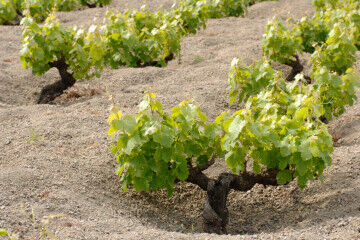 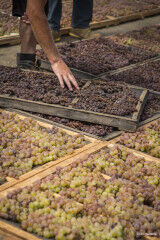 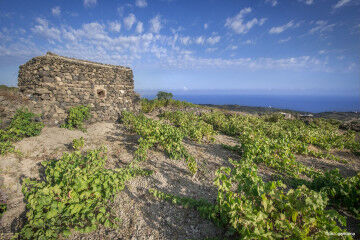 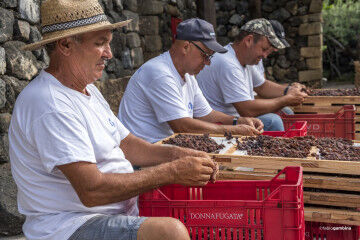 Iconic wines are often the result of deep love stories for the territories where they take shape. It’s like their destiny is to be successful, thanks to their producers ceaseless efforts to bring them to life.  Giacomo Rallo has always loved and visited Pantelleria thanks to his passion for hunting, eventually giving way to a love of the sea and fishing.  And then ultimately to the notion of Passito wines.

The Rallo family were previously known in Sicily for their Marsala and Passito wines, which were already being produced locally in Pantelleria starting from the mid 1950s. The Rallo winery later became known as Cantine Donnafugata, and enjoys a strong, historic bond with the small Sicilian island.

Giacomo and his father used to hunt rabbits and migratory birds, but they have always understood the agricultural soul of this extinct volcanic island nestled between Africa and Italy.

HOW A MYTH IN A BOTTLE IS BORN

Antonio Rallo, current GM of the Donnafugata winery born in 1983, followed his father's passions, dedicating himself to the sea and to agriculture. He virtually came of age next to Ben Ryé, first vintage dated 1989, and in essence, became the wine’s agronomic and enological father. If you ask him, like any parent, Rallo is hesitant to identify Ben Ryé as his favorite, so as not to slight the other labels.  But it’s pretty clear that Antonio Rallo has a special relationship with this Passito wine.

This fondness exists for many reasons, the first because it is the seal of his love for Pantelleria: "It is an island which creates contrasts,” says the entrepreneur.  “It immediately captures you or you can immediately hate it.

“I have friends who bought a house the day after landing on the island, and friends who escaped with the first available plane. But this is the soul of volcanic places, they either bewitch you or frightens you.  It bewitched me."

The island birth of Donnafugata in the late ‘80s is also the result of chance.  Antonio remembers initially that the family’s sights were set on Etna, recalling yet another seductive volcano.  In the early 1980s, a large volcanic eruption devastated a wine estate the Rallo family had initially set their eyes on.  Fate was working behind the scenes to bring the Rallo family to the other side of Sicily - to Pantelleria.

“An intense restoration process began immediately - exhausting but glorious,” explains Antonio.  “We began with the restoration of dry stone walls, raising and rebuilding piece by piece.  We ultimately completed the effort arriving at 40 kilometers of total land extension.

“Until the winery’s construction in 2006 in Pantelleria’s Khamma district, all the necessary supplies had to be brought in from Contessa Entellina, Donnafugata’s operative center.  This naturally was an incalculable waste of human and economic resources.

“Moreover, there was an immense push to publicize the Passito wine, which was far from being a popular label in those days.  I remember my parents’ tireless promotional work, carried out in all the corners of the world. Giacomo and Gabriella, my parents, gave so bottles of the Donnafugata Passito wine to all possible interested parties that the first 3 years of production had 1/3 of its yearly bottles handed out as promotional and gift bottles.”

SWEET WINE FOR THOSE WHO DON’T LIKE SWEET WINES

Meanwhile the work on the island goes on. In 1999, a Zibibbo vineyard was recovered containing many free standing plants (not grafted).  These vines have miraculously survived the plague of phylloxera, and are more than 100 years old.  Unique vines, healthier and older than grafted plants, have proven to be remarkably resistant to drought and the effects of limestone and salinity, and contain an excellent vegetative-productive balance.

2010 saw the planting of 33 biotypes of Zibibbo vines all originating from different areas of the Mediterranean (Spain, France, Greece and southern Italy).  This exciting viticultural experiment created an unique vineyard and wine-producing field dedicated to these singular grapes.

At the same time, the Donnafugata team are working to restore the centenarian olive trees of the Biancolilla cultivar, little more than one meter high, and capable of covering an area of more than 30 square meters.

Today, the Donnafugata estate in Pantelleria is composed of 68 hectares, divided in 14 districts.  This land enjoys an altimetry ranging from 20 to 400 meters.  “This variety represents one of the reasons for Ben Ryé’s success,” underlines Rallo.  “The vineyards range of altitude and land exposition help Ben Ryé be the wine it is today.  We are able to harvest  our grapes that may contain individual acidity and sugar levels, even in particularly dry or humid seasons.

“It’s almost like the Donnafugata vineyard is self-regulating.  Thanks to our unique blending of these different lots, we can create the wine that many people appreciate.

“The Donnafugata Pantelleria passito can have 200 grams of sugar per liter without being cloying.  The Passito wine enjoys a strong acidity, and it maintains the aromas of raisins: sweet and intense, but never renouncing the crispness of Moscato di Alessandria.”

TEAMWORK AND COLLABORATION IN SPITE OF COVID

You don't need to conjure up images of mountain viticulture when we talk about heroic viticulture. On the small Sicilian island of Pantelleria, heroic viticulture is practiced by days spent hunched over vineyards in windy, steamy hours.  Recognizing this extreme practice, for the first time in history, this agricultural process was named by the UNESCO team as a World Heritage element in 2014.

The particular pruning method adopted by Pantelleria winemakers, in Italian known as vite ad alberello, have helped extend interest in this most unique Sicilian wine making island.  Following the pruning and cultivation method, local vines grow low, and tucked into hollows of sand and small amounts of local soil.

Highly-intensive manual labor is required not only during harvest times, but also in the natural grape-drying phase on trellises, and manual de-stemming of the grapes. “It's a challenge we repeat yearly,” Rallo continues,  “because by definition, a sweet wine is not balanced.

“For every 100 liters, 75 kilos of dried grapes must be used.  This proportion carries its weight thanks only to the fact that the grapes, cultivated and grown in varying altitudes, belie innate freshness and pleasantness.  This is how Ben Ryé has become an icon wine, a sweet wine loved even by those who are not fans of the Sweet Wine genre.  This for me, is the greatest victory.”

Today production is about 80,000 bottles. In the most productive years, Donnafugata has produced up to 100,000 bottles,  but lest we forget the whims of nature, lower-yield years have given us only 40,000 bottles.

The last vintage, 2020, will go down in history thanks to the implications the global pandemic created for the Donnafugata Passito production.  "Ben Ryé,” Gallo concludes, “was born from a deep sense of teamwork, and I confess I feared for the success of the harvest.  Having a team of between 80-90 people working together was complicated in terms of following safety protocols, but also in the cancellation of convivial get-togethers that staff were used to sharing together.

“We gave up a little bit of social interaction, but the vintage was generous and rewarded everyone's efforts.”

Inspired by the tale of Donnafugata’s Ben Ryé wines and their skillful production?  Don’t miss more Donnafugata info by visiting the Donnafugata profile page.  The Mamablip team adores the Donnafugata wine selections, so be sure to visit the Wine Selections page for a full listing of our favorite Donnafugata labels.

Don’t forget to register now for the Mamablip newsletter, where you can stay up-to-speed and even ahead of the trend on new recipes, wine news and Italian culture.  Check out the sign-up form below! 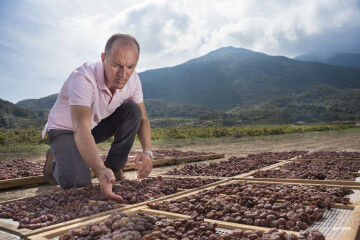 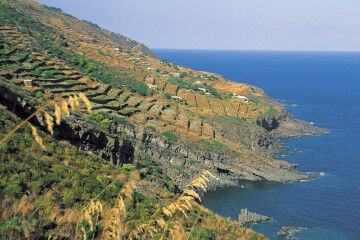 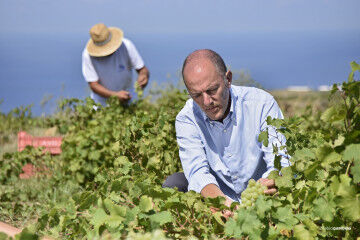 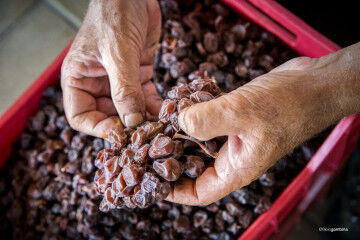 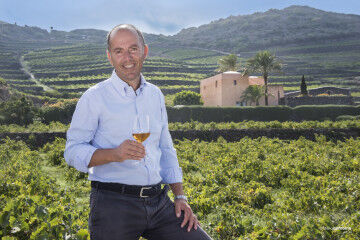 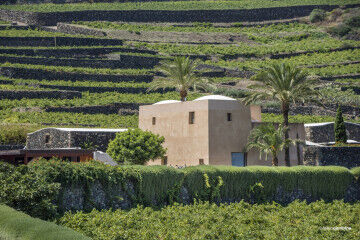