What is the history of Wine in Florence?

Florence, one of the most culturally relevant cities in the world. A city so beautiful, so rich with art, history, and poetry it almost seems as surreal to walk around the first time as it does the 100th time 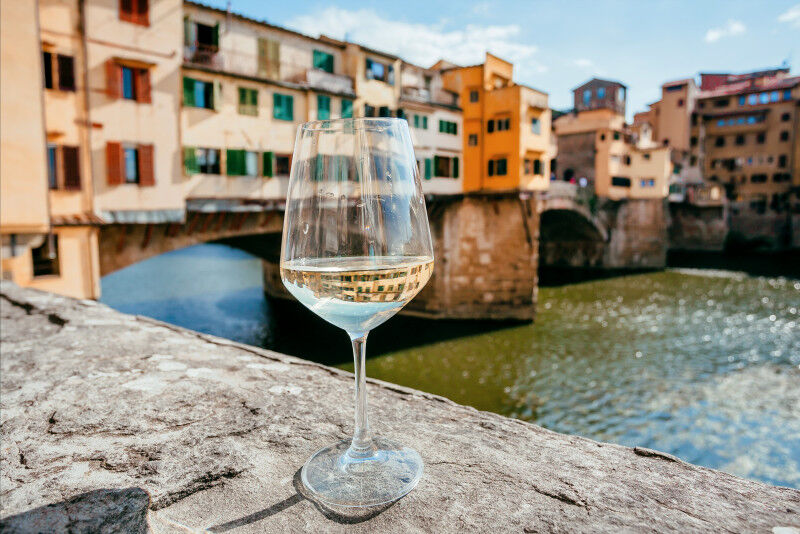 Florence: 100% Art and Culture, but with a wine-spin

Wine produced in the areas surrounding Florence have never had their historical prestige questioned, thanks to the renowned areas of the vineyards, and also for the considerable trade routes. Let’s look closer: the regions outside of Florence enjoy an excellent pedoclimatic location, wineries have traditionally used perfectly acclimatized grapes, wine-makers are known for their development of proper enological techniques, and finally, the wine estates’ admirable ability to promote and diffuse their wines in the world.

Florence has always deftly exploited its trade, finance and cultural relevance over its political and military power. This has allowed local entrepreneurs throughout history (all the way back to the Middle Ages) to ensure their enological products were and are still appreciated in the most influential European courts (historically) and marketplaces (contemporarily). 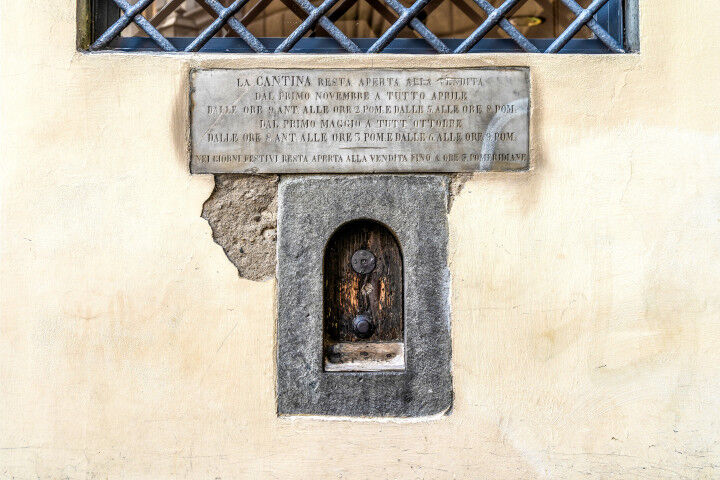 At the end of the 1200s, Florence was already brimming with wine shops. The city celebrated this artisanal craft within the Arte dei Vinattieri, a professional guild where everyone dealing with wine (merchants, innkeepers, matchmakers and sellers) were obliged to join and pledge allegiance via solemn oath.

At the same time, local writers, poets, sculptors, and artists like Dante, Boccaccio, Michelangelo, Leonardo, and Machiavelli enriched their works, in various artistic components, with the importance of wine in the life of their contemporaries. It could only be during the Renaissance when Florentine wine reached its apex of fame, keeping it tight and under control until our days.

In 1685, Francesco Redi, writing in his Bacchus in Tuscany, lent a touch of literary dignity to Florentine wines, praising the great Tuscan wines’ qualities. Also extolling Florence’s wines was the infamous proclamation of 1716 by Cosimo de' Medici, in which the wine trade of wines was to be regulated following modern criterion of origin and terroir. 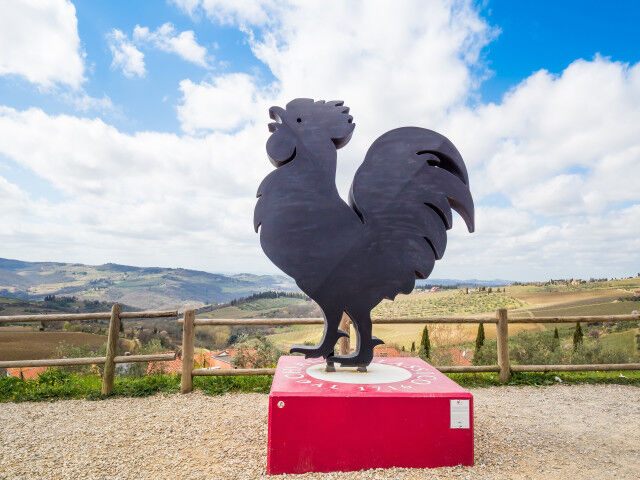 Florence's Wine Dynasites have helped bring tuscany to the world

No other city aside from Florence can boast of such a high concentration of noble families connected to the universe of wine. It’s not by chance that the structure that proved to be a winning structure is the one that allowed for the tremendous success of brands founded by bourgeois families, which ultimately became part of the national enological history.

Let’s start from the Marquises Antinori, whose palace in Florence’s city center is considered one of the best preserved Renaissance buildings in Florence. We then progress to the Bartolini Baldelli family, whose Villa di Bagnolo on the road from Florence to scenic Impruneta is the heart of their wine production. The Capponi family, once silk merchants and bankers, are today successful wine producers with Villa Calcinaia near Greve. How about the Corsini family’s impressive dynasty, working from their luxuriant farm, Villa le Corti, in the municipality of San Casciano?

Today’s generations of the Frescobaldi marquises who lent their family name to Florence’s city square, and to the palace in front of Ponte Santa Trinita. Modern history gives us many more examples of these family dynasties, like the Gondi family (Villa di Bossi), the Ruffino family in Pontassieve, the Guicciardini family with Poppiano castle in Montespertoli, and the Pandolfini family with Tenuta Terre del Castello di Tizzano in San Polo in Chianti.

What are the wine places around Florence to visit?

Just on the geographic cusp of Florence, there’s no end to your selection of historical residential cellars or other evocative wine locales, where it is possible, of course, to taste a coveted glass of Tuscan wine.

The Tuscan wine world is at your fingertips, offering a selection from the Castello Il Palagio near Mercatale Val di Pesa to the Castle of Paneretta in Barberino Val d’Elsa. You can relax in the castle of Sonnino in Montespertoli, take in the glorious sites from the castle of Vicchiomaggio and Vignamaggio in Greve. Meander over to Villa di Lilliano in Antella, or enjoy a beautiful drive in the Tuscan countryside to visit Selvapiana in Rufina. Within 30 minutes driving time from Florence, you can breathe in the ancient and captivating ambiance of the castle of Nipozzano in the hills of Pelago, or enjoy the peace and tranquility of Torre a Cona in Rignano sull'Arno. 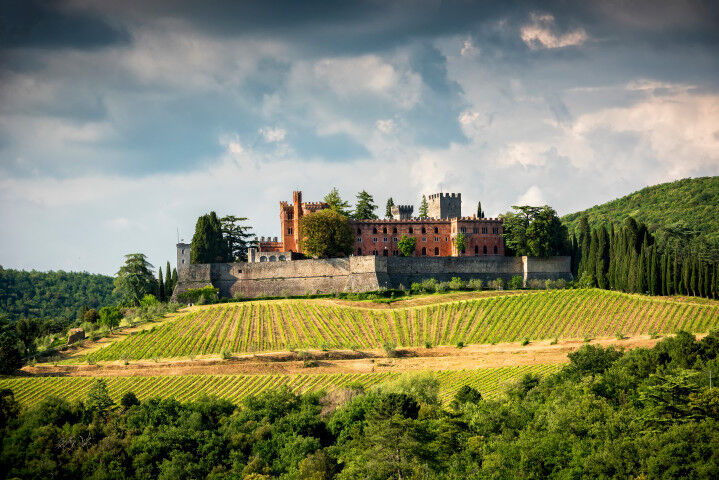 Today's production of florentine wine: classification and types of DOCS

A continuous rollercoaster of hills and valleys, interspersed with vineyards and alternating woods and olive groves, all help make the landscape outside of Florence extremely varied and, at the same time, create a great diversity of microclimates. This is the primary feature surrounding the lands of the Tuscan capital city. It’s no surprise that the Sangiovese vine has found an ideal habitat here, making itself right at home in both sweet, soft countrysides and harsh, hard soils like those surrounding Florence, known for being rich in stones and marl.

Chianti DOCG takes its name from the Chianti mountains surrounding Florence. The mountains’ peak, San Michele, rises to 892m (892 ft), and is located in the comune of Greve. Within the separate sub-areas of the Chianti countryside as defined by production areas, the use of further sub-areas is widespread: sub-denominations can and do identify more limited, and more characterized productions.

Here we see the Chianti Colli Fiorentini, wines that express the countryside around Florence most perfectly. The symbol of the Chianti Colli Fiorentini is the Marzocco, the fabulous lion proudly raising the pole of the Florentine lily atop the tower of Palazzo Vecchio. We also have Chianti Montespertoli, whose viticulturally perfect hills are dotted with numerous farms and forests. Chianti Montalbano, with its traditional wine style, resulting in sapid, ready-to-drink wines.

A favorite of the area and not entirely discovered yet by visitors is the Chianti Rufina, located in the valley of Sieve river in the high hills, offshoots of the Apennines. These wines glean structure, longevity and a nobly austere character from their surrounding terroir.

Chianti Classico DOCG enjoys its wine definition thanks to its geographic production area within Chianti, has proven capable and apt at touching the highest points of global viticulture, in all of its different production areas. 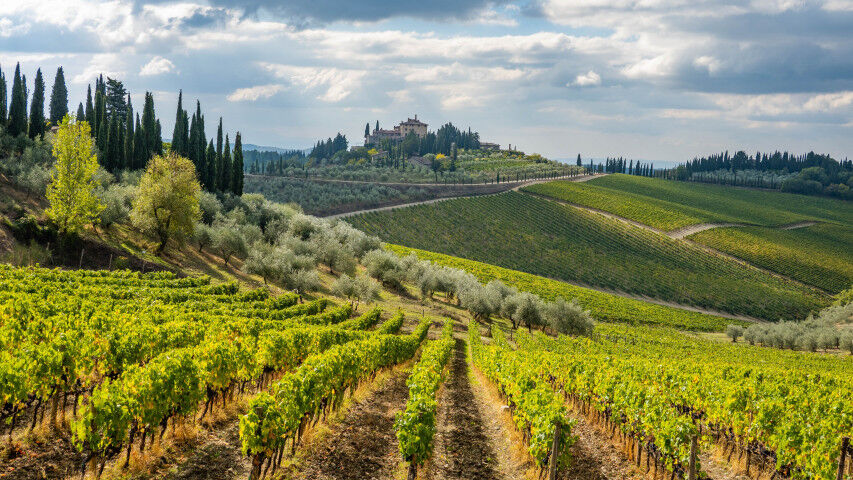