Lugana is one of Italy's oldest protected wine-growing areas, and home to Turbiana. Elegant, structured and delicious, wines from the tiny Italian region of Lugana are some of the country's premier white bottlings. 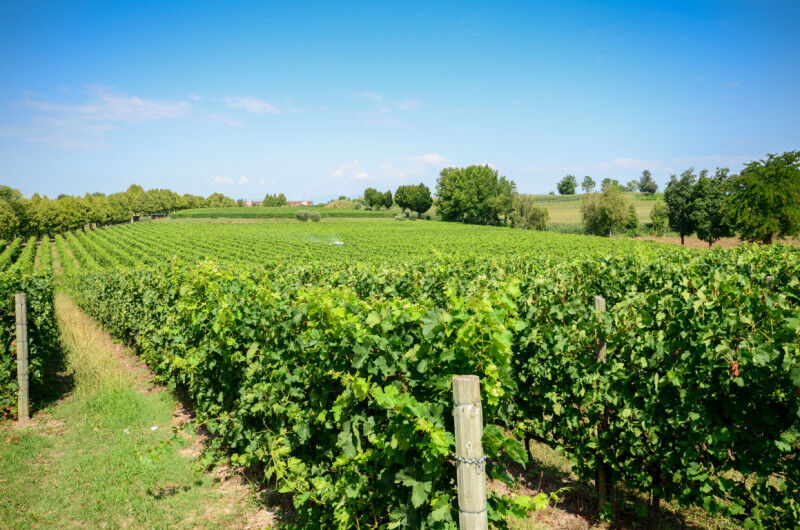 Lugana, much more than a wine

Lugana: This Denomination of Controlled Origin (DOC) originates from the province of Brescia, running along the southern side of Lake Garda, between the coastal cities of Desenzano and Peschiera.

The Lugana area includes districts in both Lombardy and a small segment in Veneto.  Lugana’s flagship grape is a particular biotype of Trebbiano called Trebbiano di Lugana, also known as Turbiana.

Lugana: two souls and one wine

The southern Lake Garda lands have proven to be very suitable for the cultivation of white grapes. Despite its latitude, the climate is typically Mediterranean, sweetened year-round by the wide basin of Lake Garda.

Lugana DOC is a clear example of one of Northern Italy’s most successful white wines, and is particularly beloved abroad, with a special focus in the overall European market.

When speaking of Lugana DOC, we are talking about the southern shores of Lake Garda, in one of northern Italy’s most pleasant areas. Here, the lake ushers in a mild, Mediterranean climate: a perfect home ground where the special features of the Turbiana grape can develop.  This grape is a close relative of the Trebbiano di Soave grape.

The Garda soil with its naturally clayey structure, helps transform the resulting white wine into a savory, long-lived, structured wine. 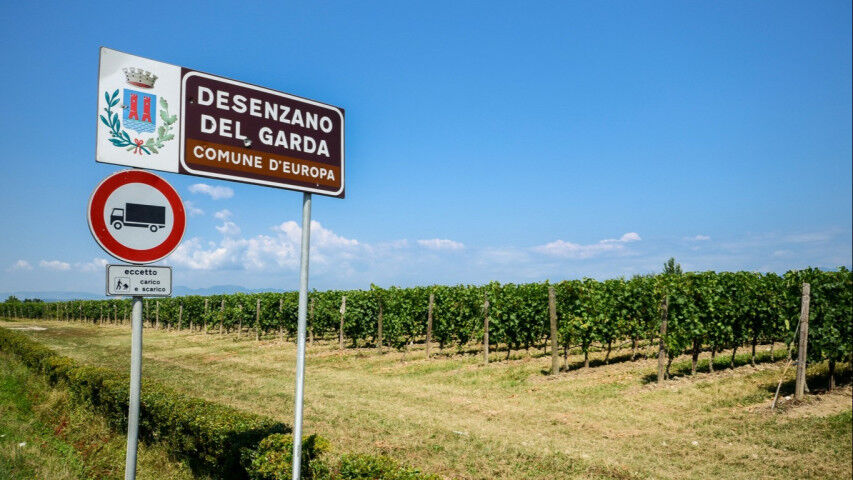 When enjoying the placid calm of Lake Garda, with its picturesque lakeside villages and rolling hills dotted with olive tree groves and undulating vineyards, it seems a far cry from the “Selva Lucana,” as it was called in ancient times.

Indeed, the landscape today is much different from the marshy forests that only the Serenissima Republic of Venice was able to claim.

And while the image we have in history is that of a wild lands, we shouldn’t overlook that in this very area, numerous grape seeds, indicating the very domestication of the vine, were found in the Bronze Age-era pile dwellings of Lake Garda’s Peschiera del Garda.

The forest also proved to be a prolific, bountiful land, a feature well-noted by Latin poet Catallus, who had located his “happy place” in the heart of the lake’s most pleasant facet, not far from today’s Sirmione.

Catallus wasn’t alone in his observations of the lake’s beauty and fertile soils - Isabella d'Este Gonzaga also noted the land’s features, and transcribed that, right near the poet’s villa, "beautiful grapes" were growing.

In 1595, philosopher Andrea Bacci speaks of the locally-produced wine in his "De naturali vinorum historia."  This wine was “strong and sweet,” whereas archeologist Ottavio Rossi, in Memorie bresciane (1693), was the first to mention the "muddy Lugana," concept, which we’ll discuss below.

Eventually, in the beginning of the 20th century, Don Giuseppe Lenotti, Bishop of Verona, described the area in his "Cenni storici e statistici di Pozzolengo", transforming "selva Lucana" into “selva Lugana, currently [...] a fertile plain cultivated almost entirely with vines and which produces a white wine of excellent quality and great value [...]"

The vibrancy of a location with dual identities:  Lombardy and Veneto

The town of Pozzolegno is the idea example of the area’s dual nature-  As wine journalist Zeffiro Bocci noted, this area is indeed a “two-faced” area, or a DOC region divided not only from a regional standpoint, but also from a cultural standpoint.

On the one side, we have Lombardy, and the other side is the Veneto region.  We know the Lombardy-side is more productive, but this is also thanks in part to the higher numbers of municipalities involved (Desenzano, Sirmione, Pozzolengo and Lonato), as well as more hectares in the region dedicated to vineyards.

The Veneto side conversely is home to just one municipality,  Peschiera del Garda.  This area however, holds the Denomination record for commercial volume produced.

Additionally, it’s important to note that all the municipalities involved in the production of Lugana DOC fall within the Diocese of Verona.  The Bishop of Verona, in fact, has jurisdiction over the Lombard parishes of Desenzano, Sirmione, Pozzolengo and Lonato as well as those within the area of Verona. 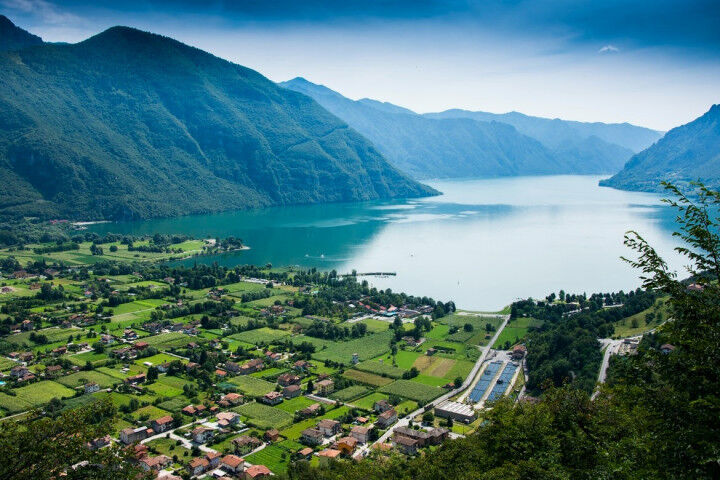 Lombard’s first, largest soil composition is large, and flat.  The terroir is extremely compact, and the ground’s leather-like structure is made up from the clays of the hinterlands between Desenzano, Sirmione, and a aart of the area between Pozzolengo and Peschiera.

Continuing on our exploration of the area’s soil, we arrive at a terroir that’s decidedly more influenced by Lake Garda.  The Venetian segment is more eastern-facing and hilly.  The municipality here is Peschiera del Garda, which is also home to San Benedetto di Lugana, long considered by Lugana experts as the denominations “diamond point.”

In this area, the clays transform into a sandier texture, with the presence of gravel-like elements that lend more acidity to the vines, and result in more voluminous wines.

Both regions present a challenge in terms of soil discipline.  The earth is just as hard and compact in dry drought times as well as rainy times, with a copious amount of mud present following rains.

Here we can see firsthand what Ottavio Rossi was referring to, in that the lands become a critical reserve for local vines, providing essential organoleptic elements that ultimately produce specific results in the wines produced in Lugana DOC.

What are these specific features?  Energetic, vital aromas, and generous acidity and structure. The end results are both classic and sparkling white wines that express themselves with effective eloquence and elegance. 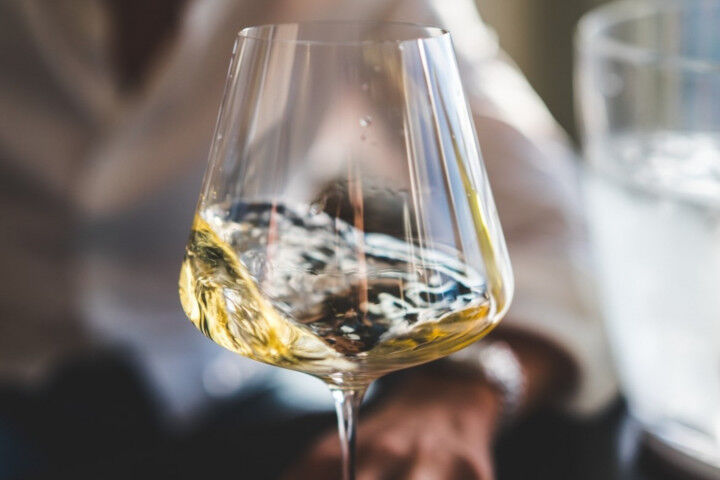