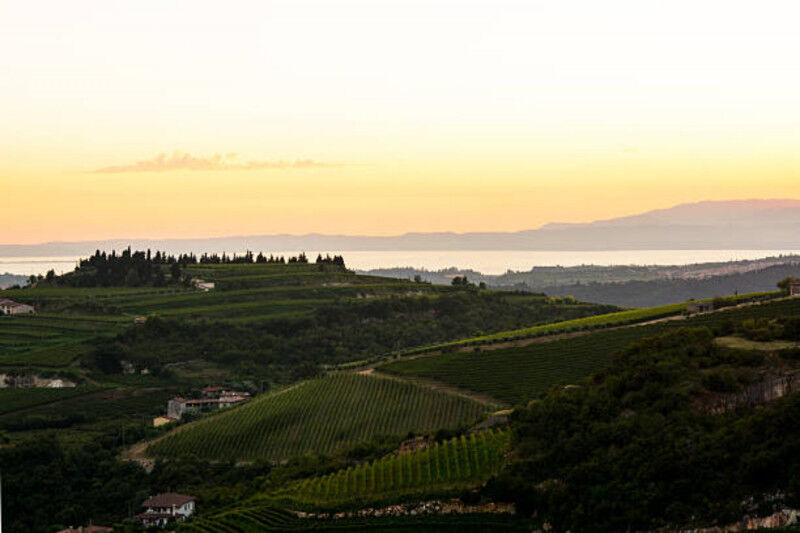 THE BIRTHPLACE OF RIPASSO WINES

From the Middle Ages on, Valpolicella has been considered Verona’s garden, offering in every single season some truly unique fruits that are entirely different from one another.  The shaded perspectives from these lands provide the eye with a continuous alternation between plains, hills, and mountains.

Many have tried to pin down the origins of the term Policella.  Some believe it derives from the Greek, “land of many fruits,” which does seem to make considerable sense, as we shall see.  Indeed, since ancient times, fruit trees have been planted directly in the middle of the vineyards themselves, featuring an array of olive trees, pear trees, apple trees, peach trees, cherry trees, fig trees, plum trees, walnut and even chestnut trees as you increase the altitude of the vineyards.

Others instead believe Policella derives instead from a more vinous focus, believing that the name could identify the “valley of the numerous (polys) cellars (cellae).”  This theory also does hold its own weight, by observing that modern area wines are simply the direct descendants of the ancient Roman Rhaetian wines, and the lesser-known acinatico made by the Longobards.

It’s hard to say which theory is actually the correct theory because, because aside from the vines themselves, the actual reigning floral example is the magnificent cherry tree.  With their spectacular seasonal flowering, which relies entirely on the season’s generosity,  the cherry trees simply blanket the entire Valpolicella region with their enchanting white hues.

Villas, churches, history, art, culture, landscapes, and small-town festivals.  There are so many reasons to come explore the Valpolicella region.  Last but certainly not least, the Valpolicella area has the pull amongst wine lovers as being one of Italy’s most prestigious wine regions.

There are tons of reasons to visit the Valpolicella - some of them focus on eating.  Check out another Italian region to visit for its food, The Multi-Faceted Cuisine of Lake Garda.

Wine-making in Valpolicella is just as ancient a tradition as the age of its first human settlements.  The name given to their first wines was, as mentioned earlier, “Retico,” named after these first inhabitants.

The area’s strategic location granted it status as an important crossroads of trade with Northern Europe.  This helped advance the fortunes of Valpolicella wine, both internally, and outside its borders.

Taking a stroll amongst the countryside’s “marogne,” or dry stone walls that redesign the valley’s slopes is a well-spent visual history lesson of the area.  Only stones of varying sizes were used in the creation of the marogne, and feature stones that in the past were hand-collected from the lands in order to make the soils more plantable.

An exploration through Valpolicella is a singular and fascinating wine itinerary to undertake.  You’ll be able to discover the privileged places where ancient alchemy still performs its magic, and transforms Corvina, Rondinella, and Corvinone grapes (the three main varietals) together with Molinara, Croatina, and Oseleta (minor varietals) into a red nectar.  This is Recioto, with its sweet, full, intense taste.  Another resulting wine from this magical combination is Amarone, the wine made famous by its structure, finesse, and personality.  But let’s not forget Ripasso!  A most pleasant wine, this selection is characterised by its name, Ripasso.

THE CHARACTERISTICS OF RIPASSO

What do we mean by this?  Ripasso uses both fresh grapes, vinified shortly following harvest, and dried grapes used previously for the production of Amarone and Recioto.  In fact, the Valpolicella wines that are produced following traditional vinification processes, always undergo a subsequent maceration and re-fermentation process, also known as the Ripasso.

In other words, the pomace resulting from the vinification of Valpolicella’s two main selections, is used to make a third selection.  The pomace is rich in sugars, polyphenols, and aromatic substances, so essentially, sweet juices.  This pomace is used to create the Ripasso, through a second maceration phase lasting an average of 15 days in temperatures ranging between 15 and 25°C (59 and 77°F).

Ripasso is generally characterized by greater structure and longevity when compared to the basic Valpolicella selection.  Ripasso also features a high alcohol content, more moderate acidity resulting in greater roundness.  The wine also has a greater value of extracts and phenolic substances, which confers upon the wine a great stability for cellar storage.

Ruby in color with garnet-shaded reflections, the wine also can feature orange-hued streaks of color.  Ripasso wine gives us an ethereal, red-fruit aroma.  The Ripasso flavor is generally marked by elegance, nobility, harmony and a dry, velvet note.  Ripasso thus is a most worthy standard-bearer of Verona’s red wines.

Because of this wine’s special notes, proper encounters with Ripasso can happen in few, selection wine estates.  If you’re feeling up to traveling at least a few kilometers along the Valpolicella wine paths, you can find these wineries on either the main routes, or just off some meandering side roads.

RIPASSO WINERIES TO CHECK OUT AND OTHER VALPOLICELLA WINE SELECTIONS

Departing from Parona, and immediately heading past Novare di Arbizzano, we come to the famous Cavalier G.B. Bertani winery.  This prestigious 18th century villa was designed and constructed by the architect Adriano Cristofoli, and represents a prestigious, picturesque villa that’s a reference point for viticulture in the Scaligera area.

Today, the estate proudly carries over 160 years of wine-making experience, and is distinguished internationally for its respect of wine-making traditions.  Bertani is also noteworthy for their global vision of the wine market, and their ability to keep experimenting during their wine-making process.

The Bertani estate is considered by wine lovers to be a pioneer in the redevelopment of the territory’s identity, and remains in the hearts of wine enthusiasts as a clear reference point of local historicity, quality, and rigor.

Don’t miss a closer look at what makes the Bertani estate one to visit, Bertani, The Guardians of Veneto’s Valpolicella Region.

We head next on to Pedemonte, where the flourishing wine estate of the Tedeschi family is located.  Since 1630, the family has been handing down their wine-making passion to future generations of wine-makers amongst the spaces of their grape cellars.

As we explore the wine estate’s vineyards and tasting rooms, it’s simple to acquaint ourselves with the weight of each generation’s memories and testimonials wine-making experience.  Each generation hands down their knowledge to the next, and more recently, the notion of hospitality has been included in that generational hand-me-down.

Their ability to welcome guests is capable of putting at ease both wine enthusiasts and wine novices.   The Tedeschi family most capably blends their own set of experiences and values and infuses their wines with the character and soul of these seductive hills, making wines we can all love and share together.

Heading in the direction of Fumane in search of more excellent Ripasso, we reach the renowned Allegrini winery in Villa della Torre, a splendid example of a 16th-century mansion.

Heading instead back to San Pietro in Cariano, we can sample the exquisite wines of the beautiful family-run Begali and Venturini wine estates.  Finally, heading towards the eastern Valpolicella areas, specifically the Mezzane di Sotto area, we arrive to the harmonious, sustainable Corte Sant'Alda.

Italians can be picky about their food, as we explore in Italy’s Diners Welcome Osterias as the New Trattorias, but follow the author’s recommended favorites below for true and tested solutions for your stay in Valpolicella!

One of the most traditional trattorias in the Verona province.  The Caprini family has managed this trattoria for over a century.  Traditional dishes like lasagnette with beef ragù, paparele and liver in broth, Amarone-braised Rabbit in Tecia, all provide excellent selections to enjoy in the cozy rooms of the Caprini trattoria.  The trattoria features a wonderful wine list favoring Valpolicella selections.
Via P. Zanotti, 9 - 37024 Torbe (VR) / Tel. 045 750 0511

The trattoria manages to elicit rhythms of the past and transmits these comforts to their intimate dining rooms.  Guests are encouraged to savor both the atmosphere and the flavors of Valpolicella, with an excellent range of cured meats and cold cuts, Bigoli, Risotto and top-notch meat dishes.
Via Valpolicella, 14 - 37020 Marano di Valpolicella (VR) / Tel. 045 775 5001 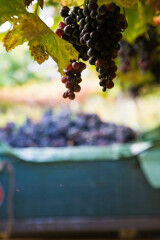 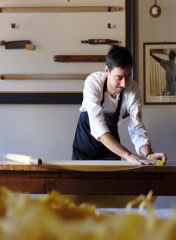 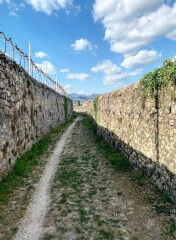