What is Salsiccia di Bra? Bra Salsiccia is a traditional sausage hailing from Bra in Cuneo, Italy. Although the exact recipe is a secret, certified producers say that the secret of this cylindrical sausage lies in the right amount of lean veal meat, pig's fat, sea salt, white pepper, cinnamon, mace, and nutmeg 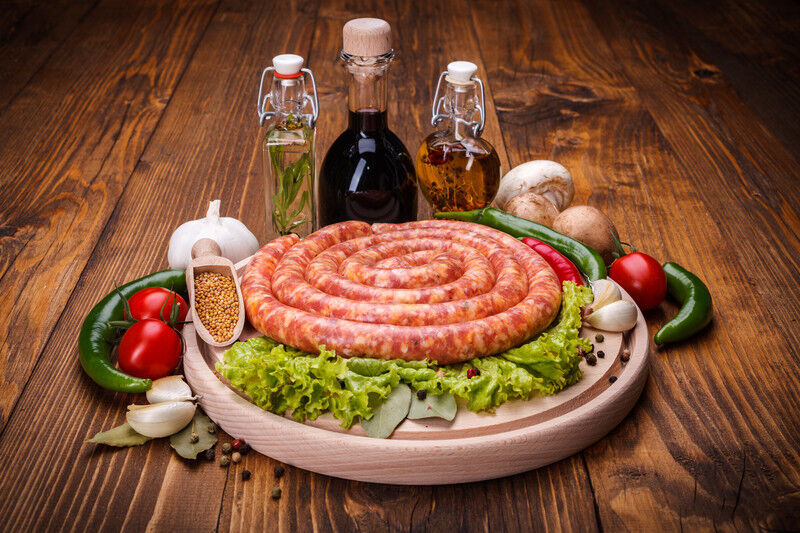 Sausage - the Most Ancient Variation of Cured Meats

What is Bra Sausage?

Sausage surely represents the world’s oldest variation on cured meats, and is the most famous variety of this food category.

Every single country where pork is used has its own variations and creations, but we shouldn’t overlook the sausages made with alternative meats like beef, veal, lamb, horse, donkey, wild boar, fallow deer or other game animals.

The majority of these sausages are eaten fresh, although some types are seasoned for a range of different times.  If the sausage is aged, the product must be aged and stored in the proper conditions, otherwise the sausages risk becoming overly dry. This is especially the case when the meat-based blends contain meat other than pork.  A veal-based sausage from the Piedmont area’s Bra is a surprisingly delicacy! 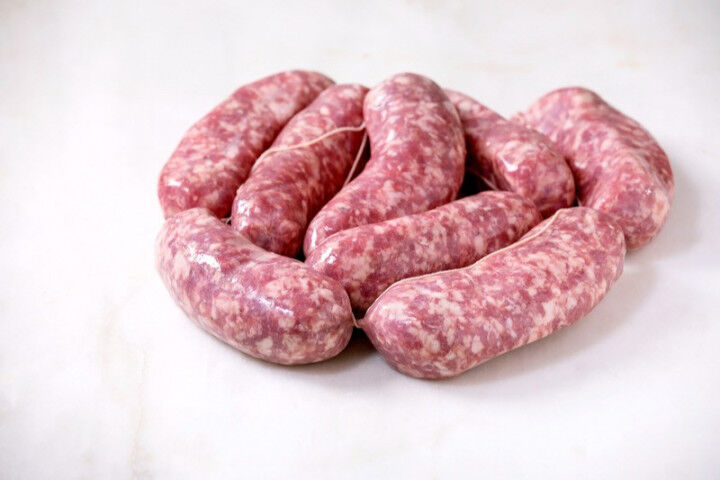 Essentially, sausage is a cured meat composed of fresh meat, typically pork, with the addition of bacon scraps, throat fat, and parts of the animal’s neck.  From time to time, producers will also include more valuable parts of the animal, like the shoulder meat area.

How many types of Italian sausages are there?

Southern Italy instead consumes sausages generally flavored with fennel seeds, garlic, and hot pepper. In some cases, sausages are enriched with 9dried tomatoes and even pieces of Caciocavallo cheese.

Moving into the central regions, primarily Tuscany and Umbria, tradition indicates the consumption of minimally-aged dried sausages that are typically enjoyed raw.

Some regions specialize in liver sausages that have a strong, intense aroma and flavor. 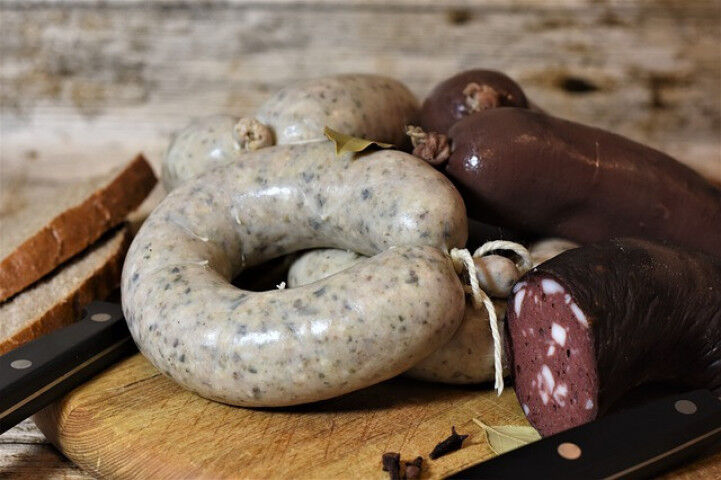 What are the names of Italian sausage?

Regional preparations play a prominent role in the world of sausage and cured meats, and naming sausage types is also under this regional influence.  While a sausage may share a name as you meander through the regions, you can be sure that the sausage itself will different from region to region.

For instance: Luganiga. This sausage is one clear delicacy in Lucania, its birthplace.  Heading north to Monza or even Treviso, you’ll find a sausage with the same name but entirely unique characteristics in both locations.

Italy gives us a veritable multitude of sausages to taste-test.

Your Guide to the 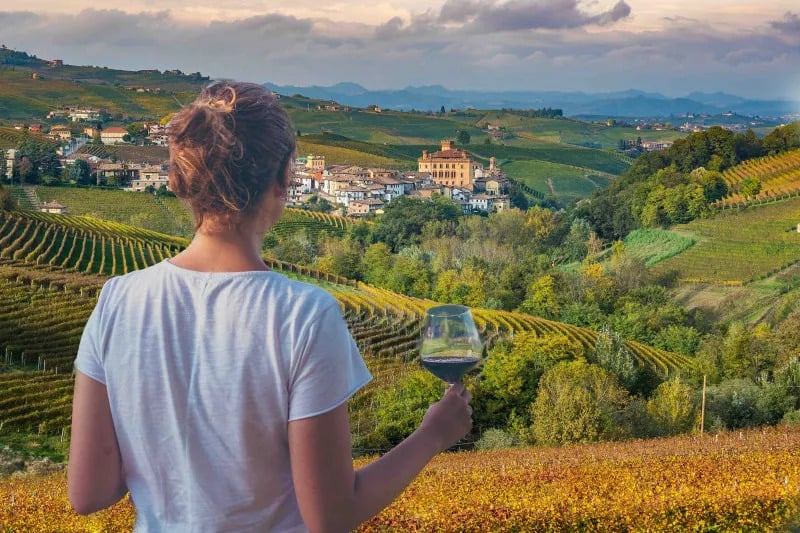 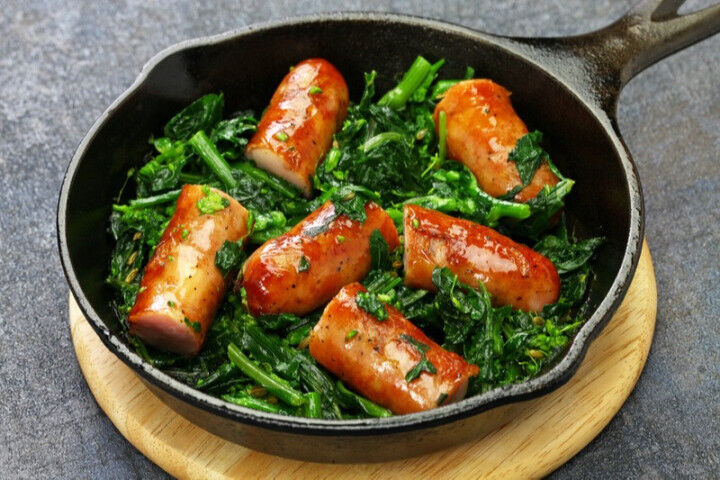 How do we cook Sausages?

Italian dishes generally call for cooking sausages in a specific method: roasted in a pan, baked, grilled, or stewed.  The sausages are generally served with a side dish, or are served as part of a greater, more complex regional dish like Lombardy’s cassœula, a meat-focused slow-cooked stew.

Italians rarely prepare their sausages in boiled form, with the exception of regional favorites like Cotechino.  Whatever cooking technique you opt for, sausages must be pierced with a sharp object before cooking.  A quick piercing of 2-3 cm distance spots on the sausage will make the cooking process quicker and more uniform.

It’s best to use a kitchen instrument other than a fork as the tines of the fork would create holes that are just too close together, and instead would help the casings split (the opposite of your sausage-cooking goals).  If you’re using any other method aside from grill cooking, we’d recommend allowing the sausages to “stew” for a few minutes with some sort of liquid (a few tablespoons generally is sufficient).  You can use water, broth, or white wine - this will depend on the sort of sausage you’re cooking. 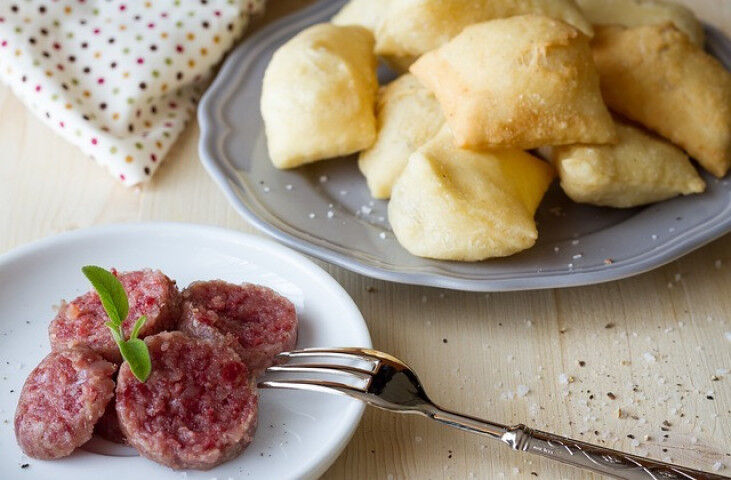 This stewing process allows the sausage to release an initial layer of fat.  Once the stewing liquid has dried out, the sausage will then contain the ideal liquid to meat ratio that allows for even cooking and browning.

Sausages made with large pieces of meat and complemented by simply aromatizations are generally flavor-enhanced when grilled or sautéed with vegetables like broccoli and turnip tops.

What sausages should you look for when preparing this method?

Try first with Tuscan sausages, or Neapolitan punta 'e curtiello. Italian sausage is also versatile enough to pair beautifully with a flavorsome tomato sauce.  You can include sausages as part of meat-based sauce used to dress pasta or polenta.

Pan-fried or browned, crumbled or sliced, sausages are a frequent companion to Northern Italian risotto dishes, and short-pasta dishes from Italy’s South. Sausage is without a doubt an ingredient featured prevalently in a variety of dishes to savor and enjoy. 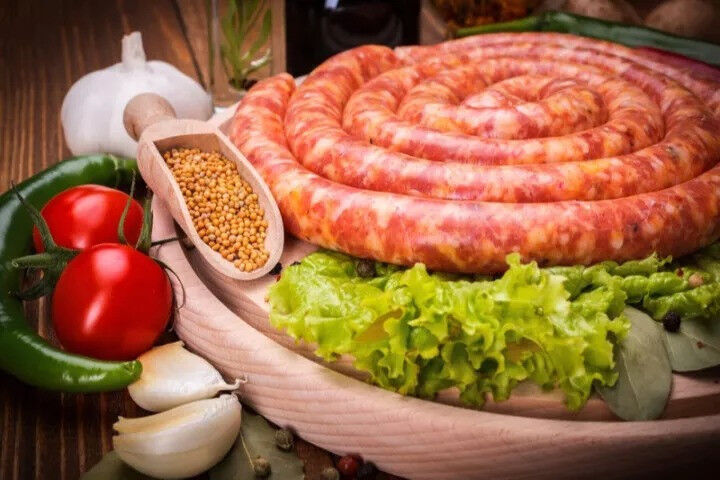 Are beef Sausages a thing in Europe?

Italy features just one sausage made from lean beef meat.  This version is produced in the area of Bra, located in the Cuneo province in Piedmont’s central section.

What are the characteristics of the Bra Sausage?

The meat ration of this specialty sausage is 70-80% finely ground veal mixed with a remaining 20-30% pork fat.  Historically, the fatty mixture would have also been beef-based, but the short shelf-life of beef fat made port fat the next best source for this specialty product.

At its base, the seasonings for the Bra sausage include a blend of sea salt, white pepper, nutmeg, cinnamon, and mace.  Many local producers further enhance the spice blend with a combination of  garlic, fennel, leeks, cheese (Parmesan, seasoned Robiola or Toma delle Langhe), white wine, and even Spumante or Prosecco at Christmas time.

The dough, once blended, must be maintained both soft and moist.  To ensure the correct ageing and flavor balance, the meat blend is stuffed into a small mutton casing. 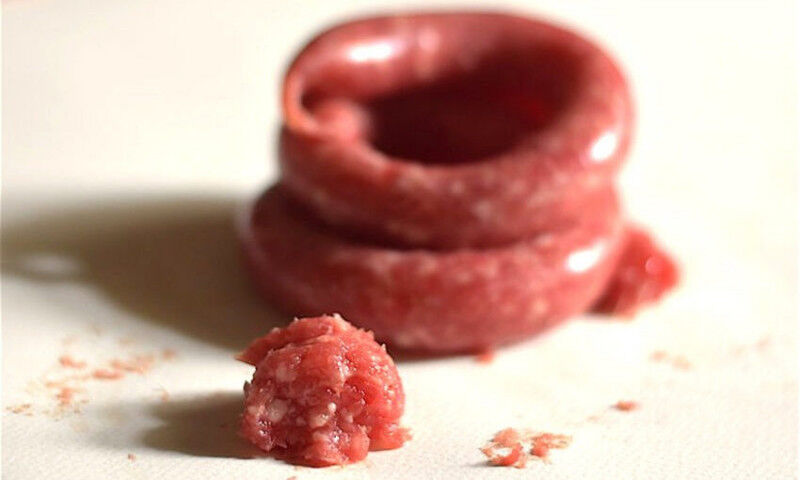 How do you eat Bra sausage?

This specialty Piedmontese sausage is best eaten fresh, even the same day as its creation.  As time progresses, the sausage eventually loses its typical pale pink hue, darkening to a more maroon-like appearance, and becoming much less visually-enticing in its darker hue.

Served raw, this is a delicacy you’ll soon savor. It can be tasted when cooked on the grill, although once again, the best version of the Bra sausage is when it's served raw.

In this method, the sausage becomes one of the Cuneo area’s most traditional and typical antipastos to enjoy.

Why is this variety of sausage made from beef while the remainder of the country focuses so much on pork products?

The local presence of a numerous Jewish community in nearby Cherasco helped usher in the creation of this delicious sausage.  Following religious and cultural law banning the use of pork products, the creation of Bra sausage was facilitated by the passage of a Royal Decree allowing the sausage to be created following specific guidelines.

The decree, based on the Albertine Statute, authorized local butchers to use beef in the preparation of the Bra sausage, and prohibited beef-based sausage creation in the rest of the entire territory.  The beef-based sausage was allowed exclusively in the Bra area.

What are the cooking uses of Bra Sausage?

This sausage is excellent served directly on local sliced bread, as well as paired with traditional breadsticks from the Piedmont area.

Bra sausage is a remarkably versatile element to pair with local wines.  We recommend 3 local Piedmont wines that pair magically with Bra sausage: 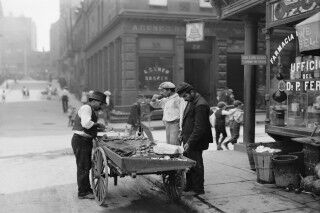 U.S. cuisine does not possess well-defined characteristics, it is a mixture of different food patterns shaped by migration and capitalist development. We look at how the ethnic cuisines imported by migrants, Italians in particular, have been amalgamated and revolutionized in the confrontation with the agro-food industry, the processing of ingredients and dishes, and the distribution network.