The Trapanese and Marsala

What to see and eat as you travel Sicily's Marsala country. An insightful peek into Sicily’s Western Coast with tips on what to see, drink, and eat. 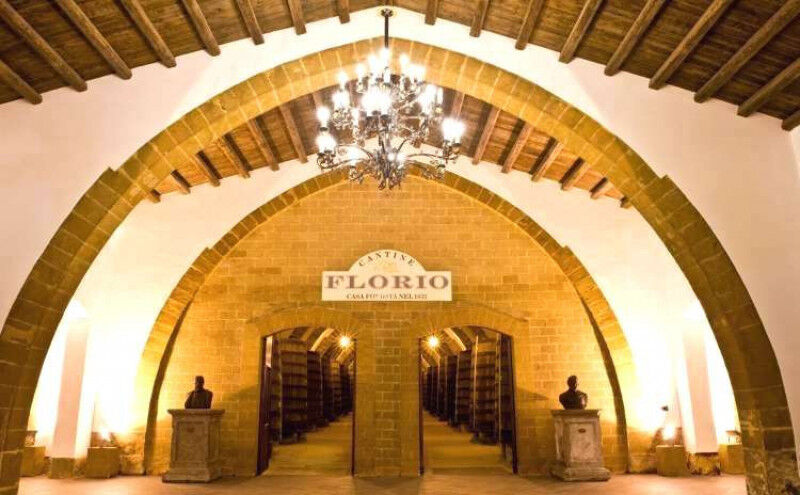 A SUGGESTIVE ITINERARY IN THE TRAPANESE BY CAR

The western end of Sicily is of considerable interest, and in the Trapani area there is no shortage of attractions of a gastronomic nature, but also historical and artistic, such as the impressive towns of Segesta and Selinunte, and the enchanting village of Erice.

In fact, arriving by car from Palermo and passing through the rolling hills of Alcamo (which preserves, among other things, interesting churches from different eras and a 14th-century castle) through a narrow valley we head towards the town of Calatafimi and then on the slopes of Mount Barbaro.

We arrive here to the incredible Segesta, which preserves its highly suggestive Doric temple (dating back to the 5th century BC, in a remarkably solitary environment.  Continuing our climb, we approach the theatre, a structure of Hellenistic age III and II sec. a. C., and further restored by the Romans.  Looking for a truly splendid panorama?  Look no further.

From here, the hills meet the arid undulations of the mountaintop town of Erice, at the base of which, across the stretched-out sea, lies Trapani. The trip to Erice is a must: its lonely streets are positively bewitching, with the town itself adorned with beautiful palaces and medieval churches.

Proceeding out into the flat landscape surrounding Trapani, we approach mirrors of salt marshes scattered with ancient windmills (Mozia), in a uniform countryside against the backdrop of the sea, in which the Egadi Islands (Favignana, Maretimo and Levanzo) with their extraordinary environment and fascinating sea caves.

Continuing south, we reach Marsala and Mazara del Vallo, with beautiful Baroque palaces, Norman basilicas and the stimulating archaeological museum Baglio Anselmi (famous for containing the only known specimen of a Punic ship).  A last stretch finally leads to the harmonious Castelvetrano, base for the inevitable visit of Selinunte, the archaeological center of the most famous of Sicily, grand and spectacular set of ruins of a Greek city of the sec. VI and V BC of the southwestern coast of Trapani.

THE GASTRONOMIC RICHNESS OF TRAPANESE

It is well known the agricultural richness of Sicily, a naturalistic garden, where even the fruit and vegetables can reach, for consistency and flavor, peaks of absolute excellence: a triumph of Mediterranean scents composed of eggplant, zucchini, walnuts, capers, just to name a few.  We find a multitude of recipes where there aromatic herbs such as basil, parsley, thyme are king, and where past colonies of Arab residents planted fabulous citrus and jasmine groves.

This is above all, where tomatoes, fennel, cauliflower and artichokes have taken root wonderfully. Among Trapani’s traditional products, we recall Castelvetrano’s tempting Black Bread, Alcamo’s melodious purceddu melon, the red garlic of Nubi, Trapani’s multi-hued artisanal salt, the vastedda of Valle del Belice.  Who could overlook the bottarga from local red tuna, and the extra-virgin olive oil Nocellara del Belice?

As far as fish species are concerned, the Trapanese area is certainly one of the most valuable areas for tuna, which has its undisputed habitat in the island of Favignana (do not even think about passing up the chance to visit the historic tuna processing plants on the island, one of Europe’s largest and non-functional today) and the red shrimp of Mazara del Vallo.  This luxury fish is a true representative of local aqua-cultural value, physically viewable on the fish itself:  black shades in the head revealing the presence of eggs, called "caviar of ambrosia".

Among the area’s beloved traditional recipes, local couscous with rock fish soup rules the roost, along with Busiate pasta with pesto, and the cappidduzzi of Marsala, sweet ravioli stuffed with sheep’s milk ricotta cheese.

MARSALA: A MASTERPIECE OF MEDITATION

Marsala instead is one of most recognized symbols of Italian enology.  Marsala’s history is ancient, and incredibly fascinating.  A wine having a glorious past that still manages, fortunately, to have dignity and prestige, thanks to the extraordinary work of some wineries.

Fairly recently in history, dating back to 1984, the appellation Marsala or Vino Marsala must be  identified by the category of Fine, Superiore Riserva, Vergine, Vergine Riserva, Vergine Stravecchio relative to the wine’s characteristics.

The production area includes the whole territory of the province of Trapani except for the communes of Pantelleria, Favignana and Alcamo. Marsala Oro and Ambra must be produced with Grillo and/or Catarratto and/or Ansonica and/or Damaschino grapes; Marsala Rubino must be produced with Perricone and/or Calabrese and/or Nerello Mascalese grapes and they are all mainly cultivated with alberello vines.

Florio wineries, with more than 180 years of history, represents one of the most recognizable signs of continuity within the Italian enological universe.  The intrinsic association between Florio and Marsala is practically innate the world over.

Like any self-respecting legend, the legend of Marsala is connected to adventurous travellers and problematic navigations. Did John Woodhouse make a virtue out of necessity by adding wine alcohol to the barrels of Marsala wine to be sent to England, in order to guarantee its preservation, or did he want to combine honey, almonds and soda ashes to a Sicilian wine which would resemble Marsala itself?

We will never know, but we have at least the certainty, with witnesses documented around 1830, of the birth of Florio and of its commitment, throughout the years, to the renewal of the image of Marsala, tarnished by too many debatable products.

The Florios, a family of entrepreneurs, also invested in a series of commercial activities, such as tuna-canning factories, a shipping company, foundries and a ceramic factory. The Florio name was even applied to a magnificent car race still bearing the Florio name, the Targa Florio.

The family got their place on the map with Vincenzo, who began production in 1833 of the winery’s physical location, with the construction in prized tuff stone and wood.

Recently restored with a precise philological scruple, these cellars dug in the tuff not only occupy a huge surface, with direct access to the sea in an unfailing scenario of industrial archaeology of unchanged charm, but also an important slice of Sicilian enological history.

This is witnessed by the small Wine and Agricultural Museum, as well as by the extraordinary "historical" cellar which houses thousands of bottles of Marsala, even of the last century. Tasting old vintages is a memorable experience, especially in their avant-garde tasting rooms.

Equally exciting is the visit at the famous Vecchio Samperi Marco de Bartoli winery, which continues to produce Marsala (and not only) of excellent level.

A space dedicated to Food. A "putia" (Sicilian term for store) with kitchen, but also a wine shop. Extra-small and very welcoming, where Marsala wines are the protagonists, with a rare and wisely studied proposal of tastings from more than 15 different producers, and 40 different labels paired with food.

Le Lumie
In a small villa with a view of the salt pans, you will find varied regional cuisine that denotes a certain care in the choice of products with great attention to seasonality.

Hotel Viacolvento
A period residence that proposes the style of a distant past, with fine upholstery and refined furniture. An oasis of well-being among its colors yellow-tuff, blue-marble, red-Marsala, white-salt, green-woods.