This guide to Lazio wine will teach you everything you need to know about this region's underrated wine culture and which Lazio wines you need to try next. 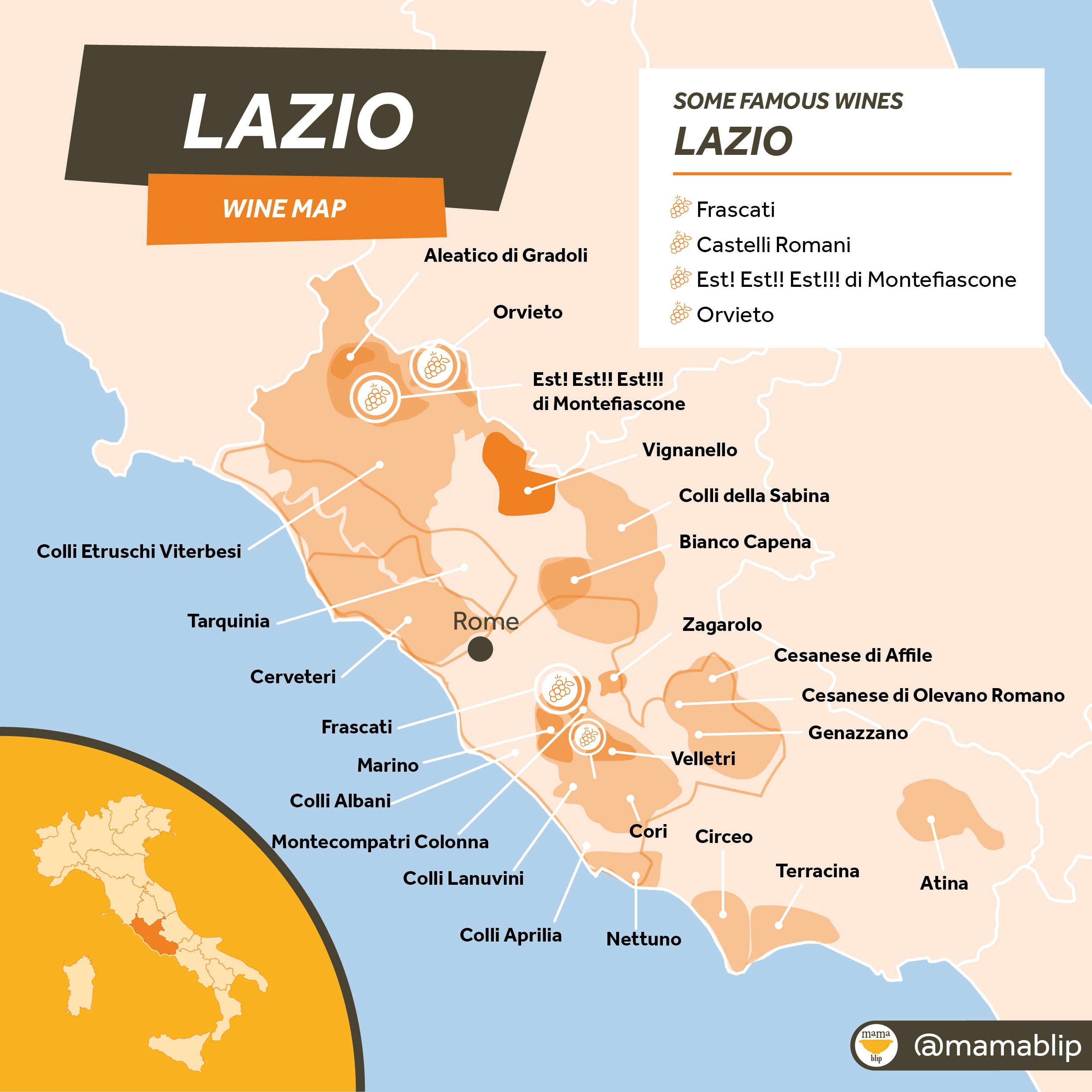 What is Lazio famous for?

Often ignored by visitors because of the understandable magnificence of Rome, Lazio remains a surprisingly beautiful region, certainly worthy of visiting for a few days. Don't miss Tivoli, the ruins of Hadrian's villa, the ancient Roman port of Ostia Antica, and even more, in the land of the Etruscans, the famous tombs of Cerveteri and Tarquinia.

In terms of food and wine, the region is certainly famous for the historic wines of the Castelli Romani and Frascati, and for the great regional classics: porchetta, abbacchio (suckling lamb), pecorino, artichokes, amatriciana, gricia (white amatriciana), carbonara and the unbeatable "cacio e pepe". 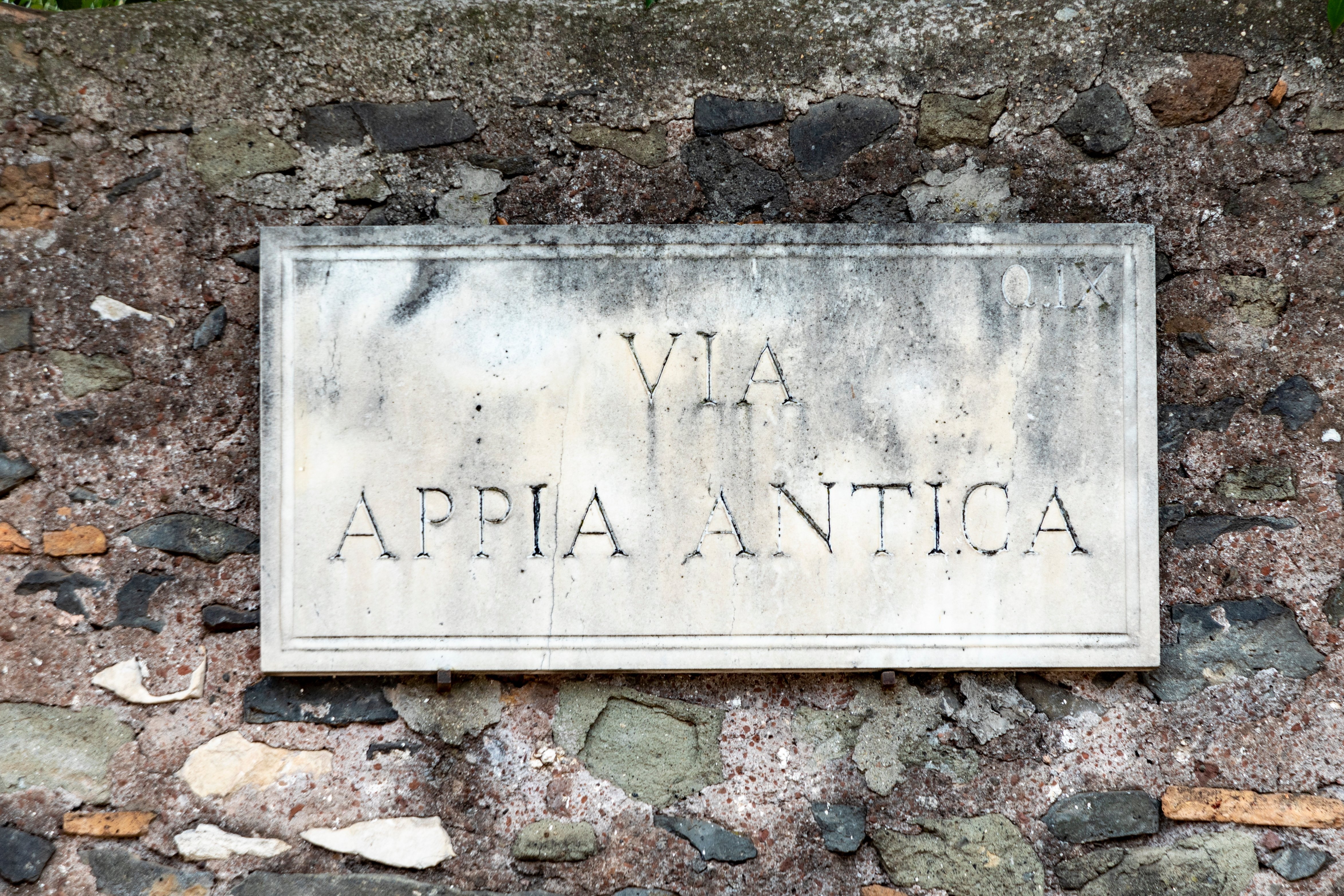 The territory of Lazio is made up of very different areas in terms of morphology and the age of formation. The first large area, and the oldest, is the Apennines, composed mainly of limestone and extending to the border with Umbria, Marche, Abruzzo and Molise. Its extremities push towards the coast where Rome is located and, in the extreme south of the region, the limestone ridges of the Ausoni and Aurunci mountains reach just a few kilometres from the Tyrrhenian Sea.

Located therefore in the heart of Central Italy, the region of Lazio, with almost 6 million inhabitants and over 17,000 km² of Italian territory, is a landscape which has transformed over the centuries, and is the result of long and complex drainage of swamp land that began in Roman times and ended with measures taken in the second half of the last century.

The hilly and mountainous areas cover about 80% of the territory: mountain chains of calcareous origin, are flanked, in the western part, by the Antiappennines, consisting of a series of volcanic cones with craters which are often covered by lakes (Bolsena, Vico, Bracciano, Albano, Nemi).

This area is one of the most suitable for growing vines, although there is also room for them in the flatter areas, such as in the municipality of Aprilia. There are approximately 50,000 hectares of vineyards where, in addition to the characteristics of the soil, the climate - which is decidedly temperate Mediterranean - and centuries-old tradition have favoured the establishment of vines. 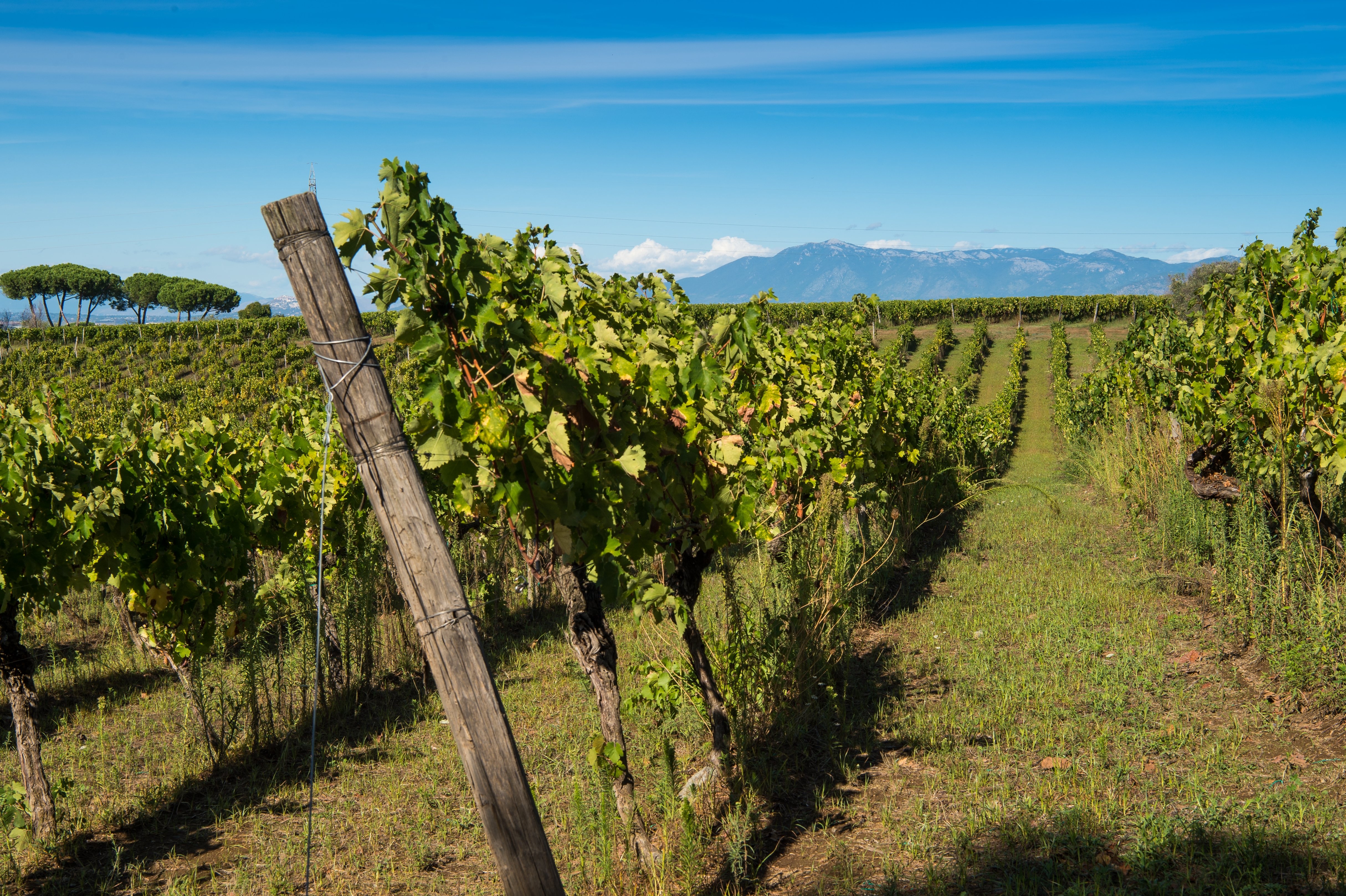 Is Lazio known for wine?

We can find strong links and references to the vine and wine in the Etruscan populations and, later, in the achievements and initiatives of the Romans. The system of the vine joined to a live support is very deep-rooted and its use has continued for centuries.

Fermentation and transport took place in leather wineskins or terracotta amphorae, the wines were usually mixed with spices, honey and other aromas, and the main growing areas at the time were the hills of the Castelli Romani, and the areas of Viterbo and Frascati. Ages passed and, towards the end of the last century, international vines became widespread, followed in more recent years by the rediscovery of native vines (above all, Cesanese, Malvasia del Lazio and Bellone).

How many DOCG and DOC wines does Lazio have?

How many appellations are there in Lazio region?

The Castelli Romani area is certainly one of the best known and most important areas of the entire region, characterised by volcanic soil, without calcium but rich in potassium. The "Castelli Romani" Denomination was the latest to be recognised, and overlaps with the others present in the area to allow producers who wish to focus on a single vine, white (usually Malvasia Puntinata) or even red, to be protected by a denomination.

The most widely grown varieties are Bellone, Bonvino Bianco, Malvasia Puntinata or Malvasia del Lazio, Trebbiano Giallo and Verde of the white varieties, and Cesanese Comune of the red grapes.

Between the provinces of Rome and Frosinone, in the northern part of Ciociaria, we encounter the world of "cesanesi": three denominations (Cesanese del Piglio, Cesanese di Olevano Romano and Cesanese di Affile) in which Cesanese is the protagonist of an area dedicated to the production of well-structured red wines that age well.

Moving on to the province of Viterbo, one of the most curious and well-known wines of the district is that belonging to the Est! Est!!! Est!!! of Montefiascone. Its ampelographic base is Trebbiano and Malvasia Bianca Lunga.

To the west we find Gradoli, in the Volsini mountains where a dessert wine is produced from the Aleatico grape variety, also in a liqueur version.

In the southern part of the province of Latina lies the ‘Agro Pontino’ area, with sandy, clayey soils which are rich in minerals. Here viticulture has mainly seen the spread of international vines such as Chardonnay, Merlot, Syrah and Petit Verdot. 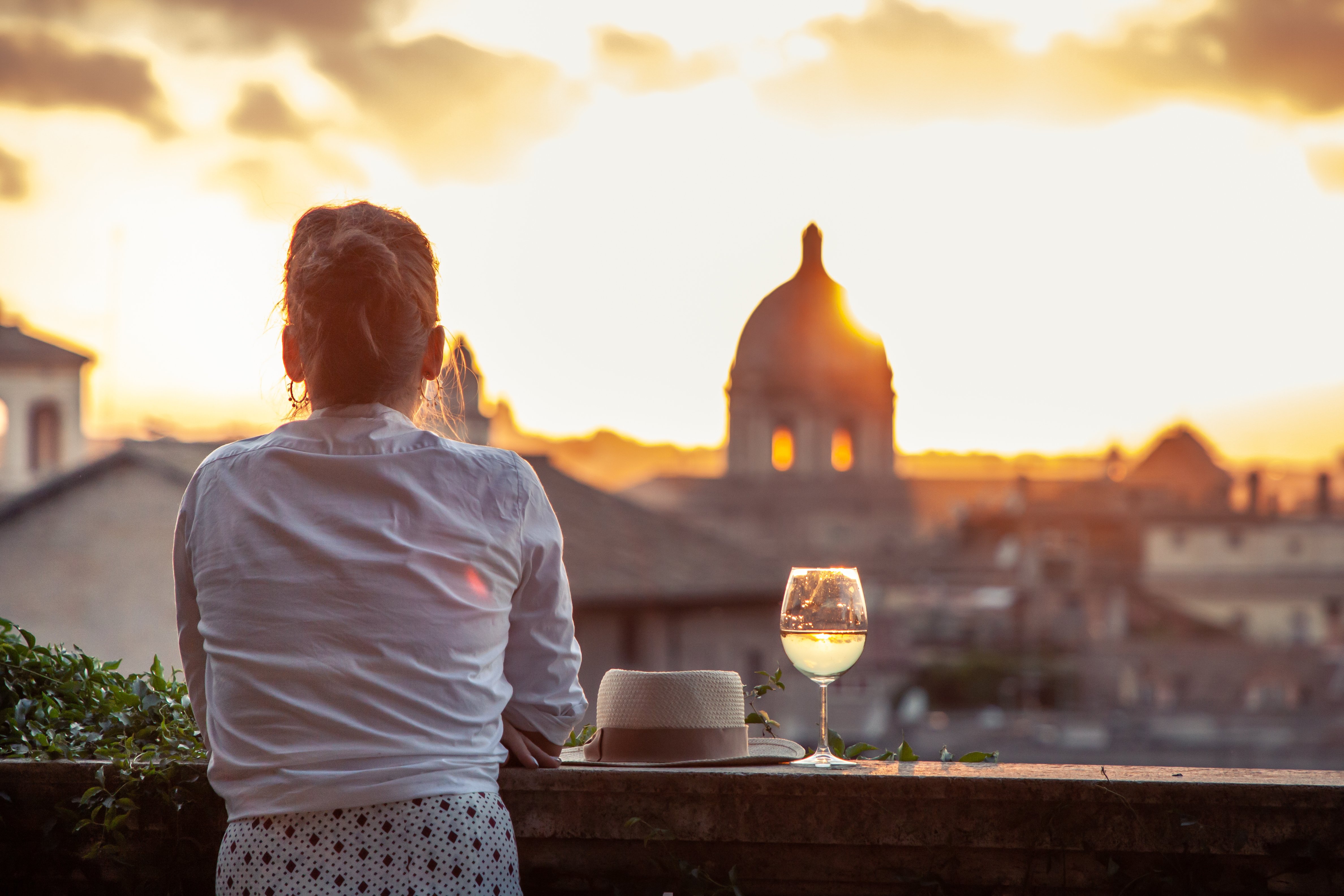 What are the wines of Lazio?

What to eat in Lazio: typical dishes and products

The region is rich in legumes, cereals (wheat and oats), fruit trees, fine vegetables, enhanced by one of the many excellent EVO oils (extra virgin olive oil), as well as cheeses and sausages. Citrus fruits are grown in the south. In the hilly areas, vines and olive trees are cultivated.

The signature dishes are pasta in four versions: alla carbonara, all'amatriciana, alla gricia and cacio e pepe. As far as traditional dishes are concerned, we find baked or ‘scottadito’ ( literally ‘finger-blistering’) lamb chops, artichokes alla giudia, with the toughest leaves and stalks removed, crushed so that the bracts open to form a corolla which are then fried in plenty of extra virgin olive oil. Then there is tripe alla romana, la coda alla vaccinara (oxtail stew) and anchovies with endive.

What are the most important typical products of Lazio? 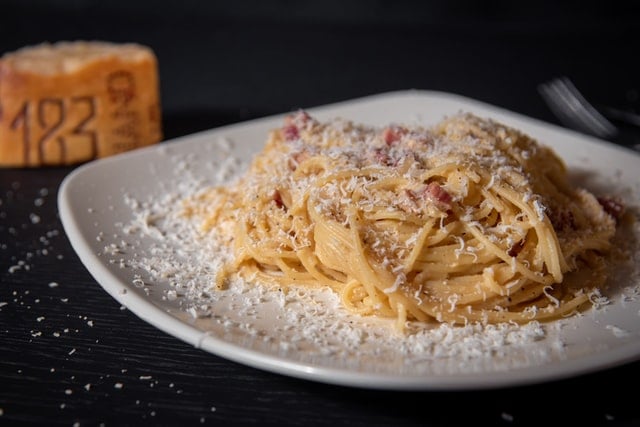 A pasta alla gricia (as well as a 'cacio e pepe') is best served with a dry white wine such as Frascati Superiore, whose fragrant acidity together with a slightly savoury, almondy finish can enhance the marked and sometimes spicy flavours of the dish. As for the abbacchio, tripe or porchetta, a Cesanese del Piglio or Olevano Romano could be a good match, for its full, dry, slightly tannic and velvety taste, balance well with the fatness of the meat.

Fortunately, in recent years, despite the lack of a precise stylistic and territorial identity, recognition of the value of the wines has been considerably strengthened, as Cesanese remains the undoubted protagonist of important denominations, offering itself as a graceful and aromatic red wine, to which today, more than ever, there is a real possibility of a regional recovery.

The Castelli Romani area is experiencing a great rebirth after years of darkness and Malvasia Puntinata seems to have embarked on an excellent qualitative journey. Good results come from Montefiascone, with the Trebbiano and Malvasia that make up the Est! Est! Est!!!, while significant examples of Grechetto are expressed in the Tuscia Viterbese on the border with Umbria. Finally, the Castelli Romani area is sending out comforting signs with Cesanese, Montepulciano, Nero Buono and Sangiovese. 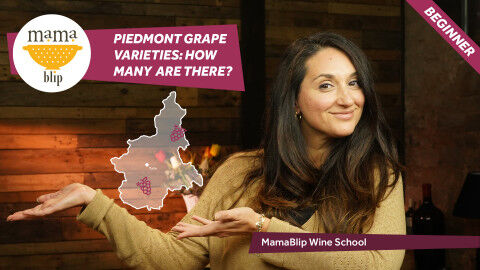