What is Pigato wine? Pigato is a white Italian wine grape planted primarily in Liguria

Pigato is a white Italian wine grape planted primarily in Liguria. The grape is found in the Riviera di Ponente zone in Italy's region of Liguria which makes sturdy, aromatic wines with plenty of fruit. 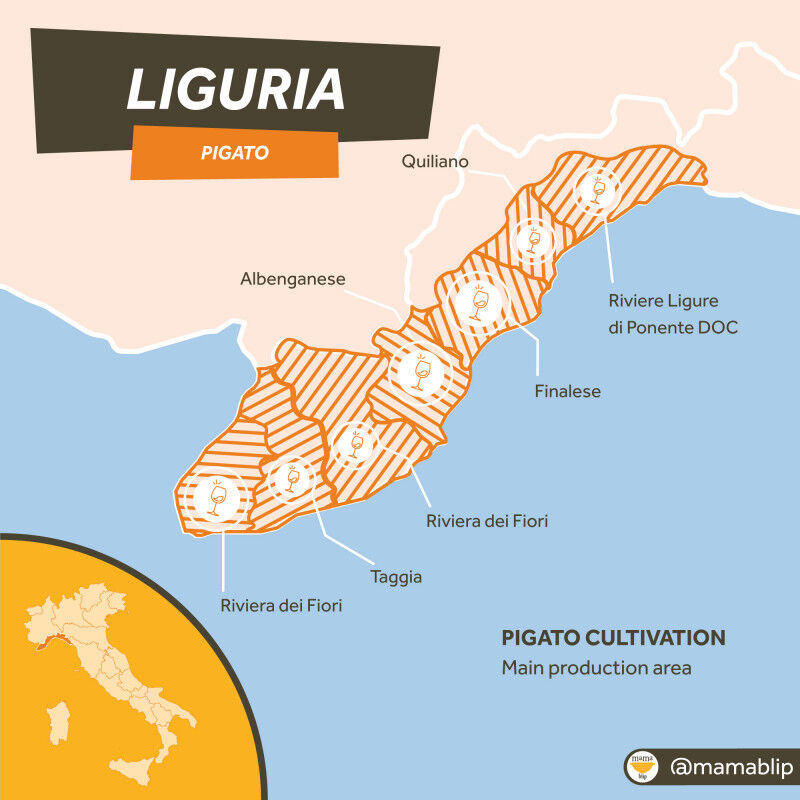 What kind of wine is Pigato?

The Pigato grape hails from the tiny yet beautiful Liguria area around Italy’s northwest coast where it’s mostly cultivated today. 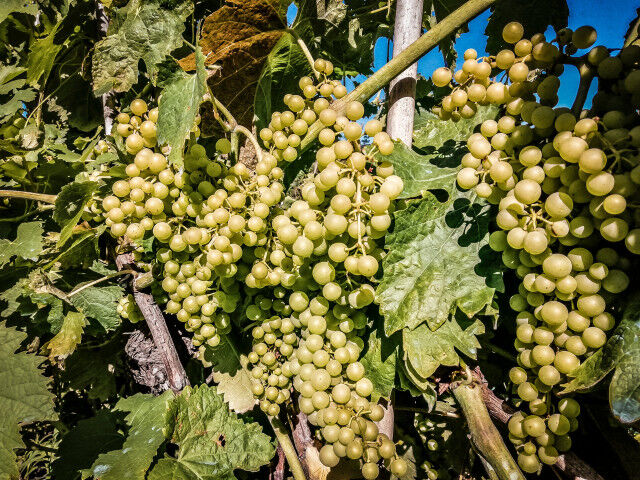 Ampelographers have long connected it to another local favorite white grape, Vermentino and Piemonte varietal, Favorita. DNA research has confirmed that these three cultivars are very closely linked clones. Italian viticultural authorities, however, identify these three cultivars as separate but relate grapes.

This grape produces a fresh, dry style of white wine. It’s little known outside Italy although wine lovers so it’s worth seeking out during a visit to Liguria.

Dry Pigato wine is light to medium-bodied white wine that displays a straw yellow hue with hints of green.

It boasts intense fruity from the citrus, stone, and orchard families along with daffodil tones, herbs like rosemary and basil, and a long almond finish. Pigato also has a refreshing wash of minerality throughout and displays high acidity.

Pigato is perfect for seafood dishes, appetizers, and pasta. Properly chilled, it makes an ideal aperitif.

Passito styles that include Pigato in the blend have concentrated fruit, high acidity, and a sweet note.

Are there different types of Pigato?

Pigato is made in a fresh, dry, light to medium-bodied style. It also sometimes appears in passito dessert blends with Vermentino. Pigato is also found in some Superiore styles, meaning the wine has a higher alcohol level and is typically made from smaller yields with a higher sugar concentration. 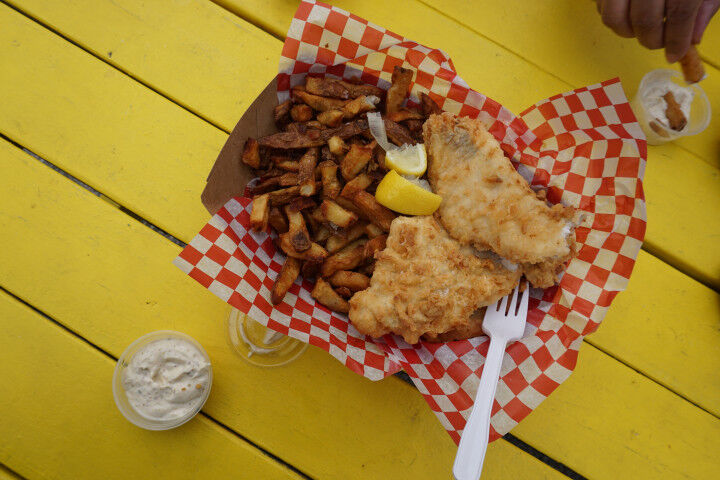 Its fresh fruitiness and herbs make Pigato perfect for fish and seafood dishes. Its acidity lends this white wine to slightly fatty foods and it also goes well with light pastas. Dessert passito style blends of Pigato and Vermentino are ideal for light sweets like panna cotta, delicate pastries, and fruit salad.

What food goes well with Pigato? 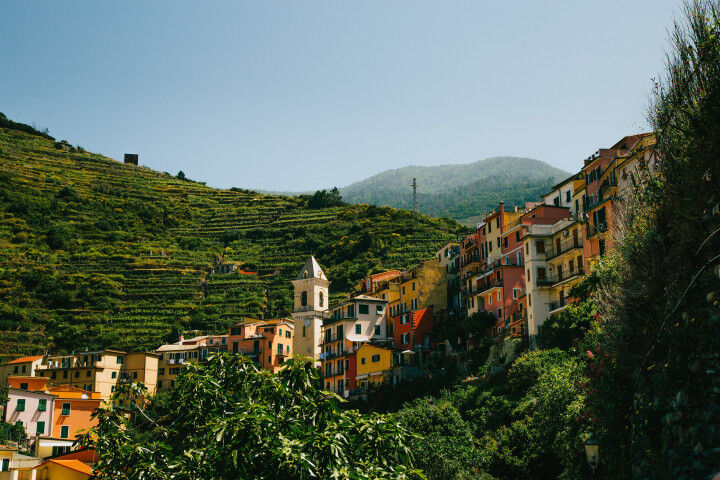 Which are the cultivation areas of Pigato?

Terrazze dell’Imperiese IGT was established in 2011. Pigato and Vermentino are the main white grapes in this appellation.

Riviera Ligure di Ponente acquired its DOC status in 1988. The chief white grapes from this appellation are Pigato, Moscato, and Vermentino.

Still dry, passito, and Superiore styles including Pigato are made across these two appellations.

Where does Pigato come from?

Like so many indigenous Italian grape varieties, the origins of Pigato are difficult to pinpoint – but there are plenty of stories! Some of these are romantic like the tale of Roman Legionnaires planting this grape varietal in ancient times or its arrival with the Greeks of antiquity.

Recent research is more pedestrian. DNA research from the end of the 20th century says that Pigato is related to Vermentino and Favorita, each long-established grapes in northwest Italy. Other grape enthusiasts claim this grape used to be called Vermentino Pigato. This is thought to have been in reference to its spotted skin and connection to Vermentino until it was shortened to Pigato. Its first known reference in grape tracts dates back to 1883 when Pigato was referred to in a regional ampelographic bulletin. What is certain is Pigato is a vigorous, robust grape variety that thrives in sunny, coastal environments like those of the Ligurian coastline. 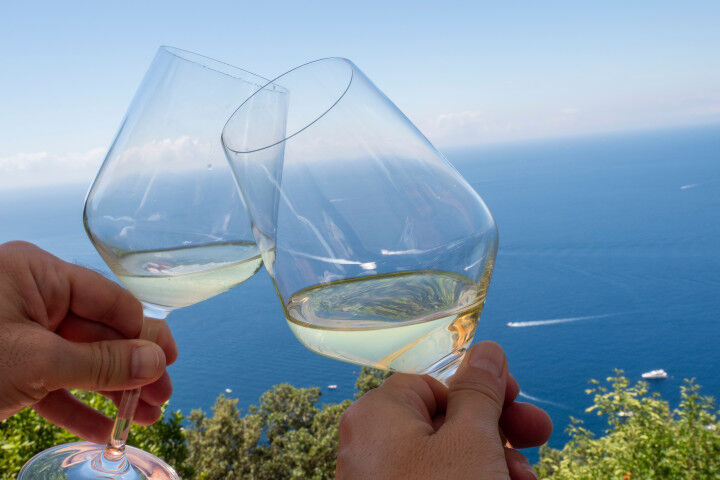 How is Pigato made?

Still, dry Pigato is made with protective winemaking methods in order to preserve its bright, fresh fruit character. This means it’s fermented and stored in stainless steel, concrete, or other inert vessels rather than oak. This style of wine is made for early drinking.

Terrazze dell’Imperiese IGT passito style blends use fruit that’s dried on or off the vine and it must be aged for at least one year before release.

Passito blends from Riviera Ligure di Ponente DOC also use fruit dried on or off the vine and see eight to 10 months of aging. Superiore styles of Pigato must have at least 13% abv.

What kind of wine is similar to Pigato? 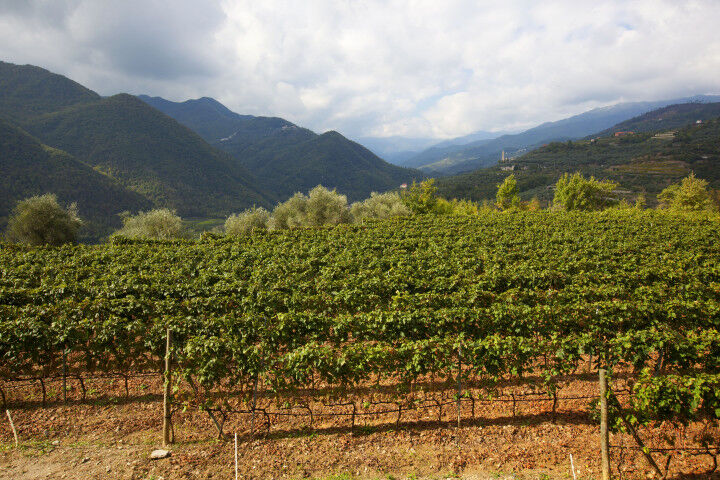